Chu also shared his Oscar 2022 picks, the scoop on his next film, "Wicked" and the latest on "Crazy Rich Asians 2."
KGO
By Kristen Sze 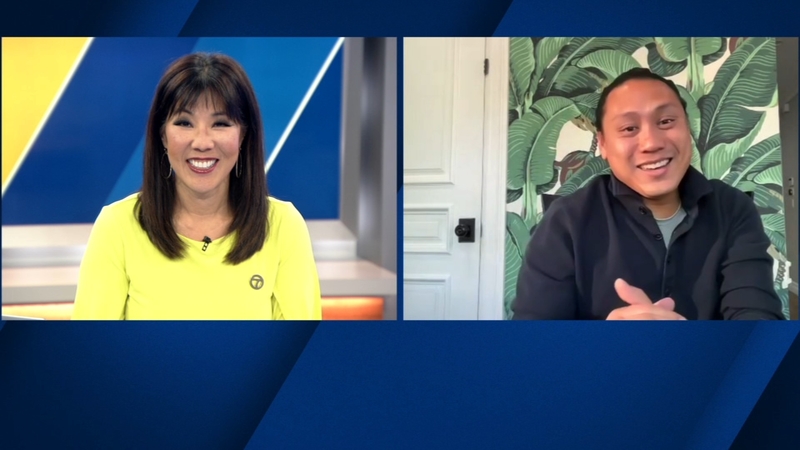 FREMONT, Calif. (KGO) -- Bay Area-born Hollywood director Jon M. Chu's hit films "Crazy Rich Asians" and "In the Heights" both featured a prominent co-star, food. But even attentive fans who have noticed Chu's love of food, family and cultures may be surprised to learn about his brand new role. He is now Chief Creative Officer for a Fremont-based Asian and Hispanic grocery delivery service, Weee!

Chu joined ABC7 news anchor Kristen Sze on our 3p.m. show "Getting Answers" to explain why he sees this role as an extension of his love of storytelling and connecting cultures. Chu also shared his Oscar picks, the scoop on his next film, "Wicked," and the latest on "Crazy Rich Asians 2."

An iconic peninsula restaurant with Hollywood ties celebrated its 50th anniversary on Sunday.

Chu's deep appreciation for food stems from growing up in his family's restaurant, the iconic Chef Chu's in Los Altos.

The director's father Lawrence Chu immigrated from Hong Kong to the U.S. as a young man, laboring in restaurants before opening his own in 1970. Jon M. Chu saw first hand how food strengthens families, connects people and shapes cultural identity and pride.

That's evident in his films.

Some of the most memorable scenes in "Crazy Rich Asians" feature dumpling-making, night market street food, and wedding feasts.

"My parents bought me books on film making, didn't expect me to go into the family business or be a doctor. My family catered my first short screening, my first movie "Titanic Prom," said Jon Chu, who grew up in his father's famous Los Altos restaurant, Chef Chu's.

Living in Los Angeles, Chu discovered he didn't know where to buy ingredients for making the foods he grew up eating. But he heard about Weee! from friends and saw its delivery trucks.

"I got so fascinated with this company cuz it really helped tell a story through food, to spread my culture to my family, my children and my friends who know nothing about these ingredients. And it was such an easy way to order."

My friend was literally just telling me your delivery service saved him these past 2 years & I must try it when I saw @jonmchu is now your CCO! And we even share a ❤️ of Yakult! #ChuOnThese #SzeSnacks

Chu actually reached out to founder Larry Liu to discuss a collaboration. The UC Davis business school graduate found it a trek to get to his local Asian supermarket, despite living in the Bay Area, and a business idea was born.

Liu later added Hispanic foods, seeing that that market was also underserved. The ethnic e-grocer took off during the pandemic, when many people turned to deliveries. As Chief Creative Officer for Weee!, Chu will help dream up new ways to engage people, and share food stories, along with his favorite treats.

A couple thoughts on my new announcement this week that I’d love to share… @weee_official also Check out the app here if ur curious: https://t.co/jm8Yai3tLu pic.twitter.com/SBDQYkp8GB

Chu's new role at Weee! is not keeping him from his day job. His current project, the movie adaptation of the musical Wicked, will soon go into production with Cynthia Erivo as Elphaba and Ariana Grande as Glinda. As for when fans can expect "Crazy Rich Asians 2," that may be a bit of a wait.

"We're working on the script... the script has to be on another level. We're going to demand that to be able to pull everybody back in all that cast that's grown from there. The world has totally changed since we first made it, everyone is a huge star now, Hollywood has changed, so we just want to make sure it's right."