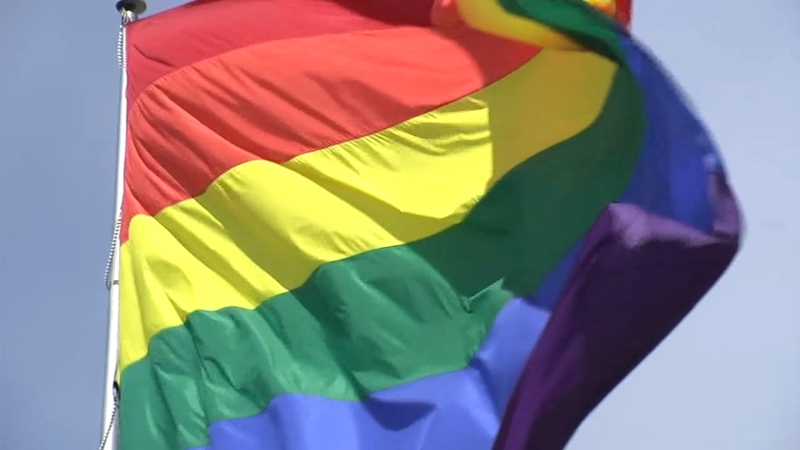 Justice Samuel Alito's text noted, "Nothing in this opinion should be understood to cast doubt on precedents that do not concern abortion."

However, many are not convinced.

San Francisco Pride board president, Carolyn Wysinger, reacted with alarm. She told ABC7 News, if Roe v. Wade could be overturned, it wouldn't stop there.

A former Supreme Court clerk who worked with Justice Blackmun, author behind Roe v. Wade, says the leaked draft is shocking and appalling.

Buried in the draft is criticism of Lawrence v. Texas, which legalized sodomy, and Obergefell v. Hodges- legalizing marriage between same-sex couples.

"If they go after, you know Obergefell and Lawrence v. Texas, then that leaves open the possibility of criminalizing the LGBTQ community across the board," Morris told ABC7 News. "It does feel as if there's an effort to dismantle the gains that have been made, in order to get back to a time- that's a kind of Ozzie and Harriet time- that's the kind of you know, pre-1965."

VIDEO: More Americans identify as LGBT than ever before, including 15% of Gen Z adults: Poll
EMBED More News Videos

Edgar Medina quit his job as a dental assistant to follow his dream. See how his passion for color is helping young artists and the LGBTQ community.

Many pointing to the potential Supreme Court shockwave, if these landmark rulings were to be reversed. These are rights the draft claims are not, "Deeply rooted in history."

"It's really challenging to think about how this can be unraveled based on people's attachment to what is normal, what is American, what is acceptable," Jennifer Kim Anh Tran, Professor of Ethnic Studies at California State University, East Bay, added.

On Tuesday, Vice President Kamala Harris addressed potential impacts to other freedoms and what she called the "fundamental right to privacy."

VP Harris said, "When the right to privacy is attacked, anyone in our country may face a future where the government can interfere with their personal decisions. Not just women, anyone."

Tran said it's important to note that change is possible at the ballot box this November.

"We oftentimes think that, you know, once the policy's passed it can't be undone," she shared. "And what we're seeing is that's absolutely not true, depending on who represents you."

Identifying herself as "a queer Southeast Asian woman, Professor of Ethnic Studies, and queer of color experiences," she explained this development is challenging. As she considers the years of progress and advancements made when it comes to rights for the groups she identifies with.

Wysinger with SF Pride added, "All of these landmark decisions are the foundation and bedrock of all the smaller rights that we have been able to gain over the last seven years. And this is a really big one. I don't think it's the last one."