"I was thinking that Justice Blackmun, my old boss, must be turning in his grave"
KGO
By J.R. Stone 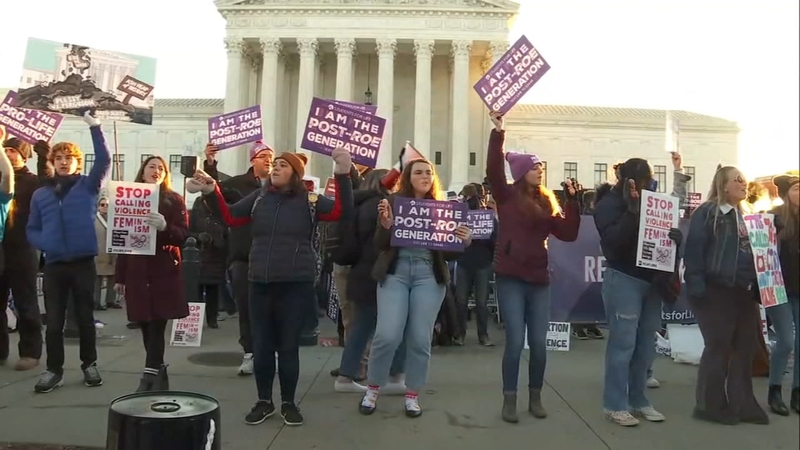 SAN FRANCISCO (KGO) -- Law experts across the country are voicing their surprise over an apparent leak of Supreme Court documents.

The apparent opinion writing obtained by the news agency Politico that show the conservative justices in the Supreme Court are ready to overturn abortion rights precedent since Roe versus Wade.

"It's really intuitively insulting of the opinion in Roe that was authored by Justice Blackmun. I was thinking that Justice Blackmun, my old boss, must be turning in his grave," said Rao.

The document, which Politico says it obtained from a "person familiar with the court's proceedings," is marked "first draft" and dated February 10, 2022 -- two months after oral arguments were heard in the case Dobbs v. Jackson Women's Health.

Her thoughts on abortion: "I don't really talk about that just because I'm not going to let either side use me for their advantage."

"It is so extraordinary for a draft of a Supreme Court opinion to be leaked and that suggests to me that there are very deep divisions on the court. Obviously someone, either a clerk or justice must have leaked this opinion in protest to the majorities views," said Paul.

During arguments during the Dobbs case, five of the justices hinted that they were ready to do away with the "viability standard" established by Roe and a subsequent 1992 decision, Planned Parenthood v. Casey.

Justice Samuel Alito is the leaked opinion's apparent author. If it were to hold, as written, it would basically allow each state to set its own policy.

Paul says he's surprised though that the court would even need to rule on this.

"They have already restricted abortion rights in so many parts of the country that 90% of the counties in the United States no longer provide abortion services, so they didn't need to strike down Roe or reverse Roe. It is a self-inflicted wound and I believe it is one that will call the courts legitimacy into question in the future," said Paul.

The drafting of Supreme Court opinions, however, is a fluid and dynamic process, sources familiar with the internal operations have told ABC News. Rao says justices can always change their mind.

"In 1992 just as I was getting to clerk at the U.S. Supreme Court when the court was deciding Planned Parenthood against Casey, the original draft opinion in that case would have overturned Roe v. Wade but at the last minute one justice changed his mind," said Rao.

So how rare is a Supreme Court leak? Joel Paul says he is only aware of one case back in the 1800s. The belief here is that justices would make a final call in the next two months.