All but official, Mavericks surf contest not happening this season 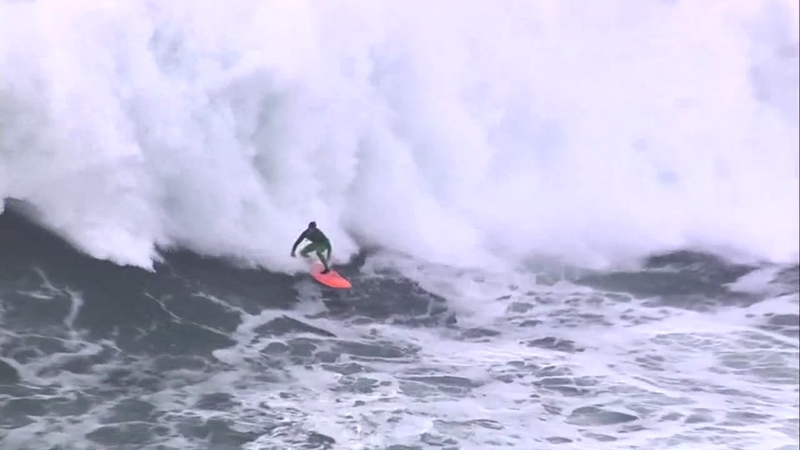 HALF MOON BAY, Calif. (KGO) -- It appears that the Mavericks Challenge big wave surfing contest will not take place for the 2018-19 season.

The World Surf League thought a late-season swell in the final week of the window might have been enough to hold the contest before the March 31 deadline but the waves did not end up being large enough to call the contest.

"It is unlikely that we will have another swell before the season closes, but we will continue to monitor the conditions through March 31, the final day of the waiting period," said WSL Big Wave Tour Commissioner Mike Parsons in a statement to ABC7 news.

But pro surfers are already assuming this season is over.

"Well it looks like we'll have to wait one more year the Mavericks big wave challenge," wrote pro surfer Keala Kennelly. "Me and my crew... will be ready."


This year's competition was set to be the first time that women were allowed to compete, and more historically they were set to earn equal prize money as their male counterparts.

Local businesses are also expressing disappointment about the lack of a contest.

"People will hang out in Half Moon Bay at the hotel right up there from January until April waiting for Mavericks to open up," Joshua Pencek, a Half Moon Bay resident said.

Pencek runs a charter boat from the harbor and said no competition isn't good for businesses.

"There will be a couple main names of surfers here and if they're not here, then a lot of people just won't come," Pencek said. "If there's not a contest, then they won't come. It just kind effects the life of the harbor."

The surf competition at the infamous Half Moon Bay surf break looked like it was going to happen earlier this year when a massive December swell pummeled Northern California.

That swell ended up being one of the biggest of the decade, and organizes declared those conditions too big and too dangerous to hold the contest.

That didn't stop dozens of surfers from coming out and enjoying the waves between 40 to 60 feet tall.