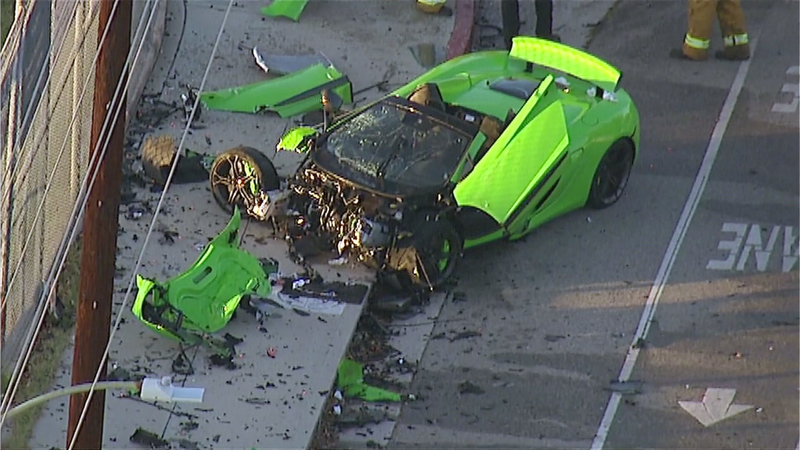 LOS ANGELES, Calif. -- A McLaren sports car and two other vehicles were involved in a violent collision in Los Angeles, and one of the cars fled the scene, police said.

The neon-green exotic car was badly smashed up at the scene in the 23800 block of Califa Street and an Audi was also damaged.

The drivers of the McLaren and Audi were both transported to the hospital, but there was no immediate word on their condition.

Police said they believe another car, possibly a black Charger, fled the scene. They believe street racing was involved and witnesses said the McLaren was traveling more than 60 mph on the surface street.

"Don't street race," said Los Angeles Police Department Officer Charles Rodriguez. "It always ends up like this. Somebody ends up in the hospital."