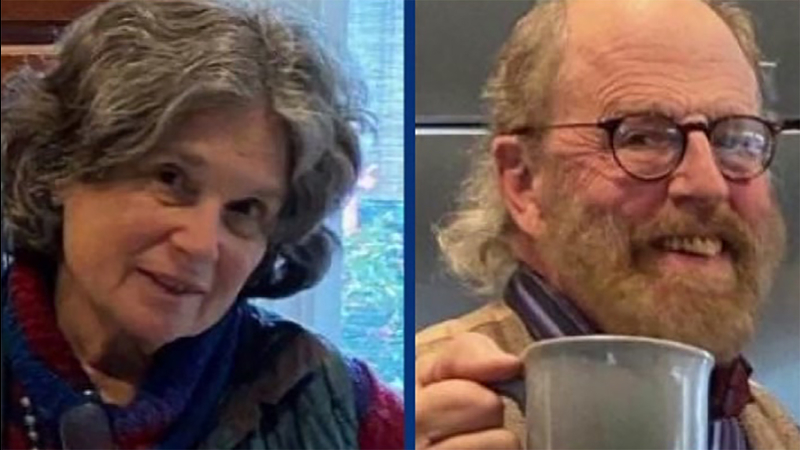 The couple who lives in Palo Alto, have been missing since Feb. 14. He says his father is an experienced hiker, who wouldn't just disappear.

"This is a really weird time for our family. There is no play book for something like this," Jonas told the group. "My dad was somebody, who when he was really into the backpacking thing, would do snow camping and cut into ice and make fire. He is super resourceful."

Search teams spent a third day out on the trails, knocking on doors and searching private property for any clues about the missing couple.

Michael St. John, who directs the search crews, says there is 'no history of people going missing here.' He says one of the challenges has been the thick brush.

"If you go off the trail, it's a wall of brush. We have beat up a number of search and rescue volunteers really trying to get in and follow every little game trail. Or place where somebody would go off path," he explained.

Meanwhile, detectives have been assigned to investigate the couple's financial records.

"We are looking at financial aspects, trying to figure out any financial transactions that have been made, trying to establish a timeline of when they went missing," says Sgt. Brenton Schneider with the Marin County Sheriff's Office.

Sergeant Schneider says there is no evidence of foul play. But the couple left behind their wallets and cell phones, and their hiking gear was found their car, which was still parked at their Airbnb rental.

"They wouldn't leave all their stuff, leave their car and just vanish. So, yes. I think it is very strange," says Jonas.