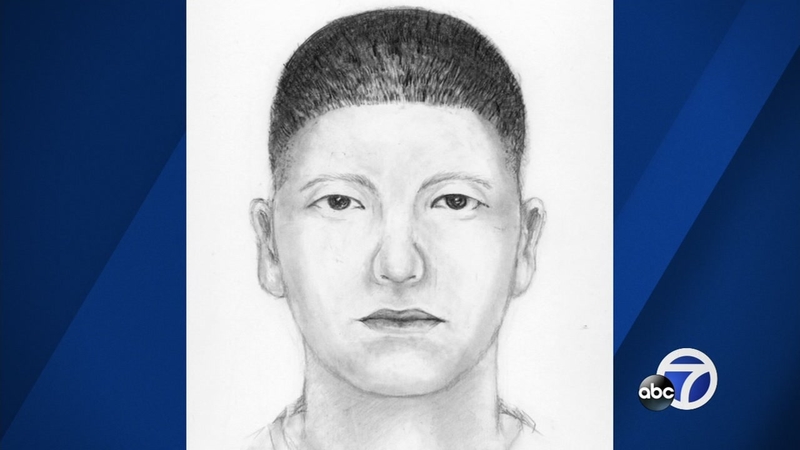 SAN FRANCISCO (KGO) -- A man in San Francisco thought he was getting into a rideshare car, but he wasn't. Instead he got sucker-punched, knocked unconscious and left lying in a busy city street.

Now San Francisco Police are trying to track down his attacker.

RELATED: 'Rideshare Rapist' accused of raping 4 women in SF pleads not guilty to all charges

The attack happened at 11:30 p.m. on Saturday Sept. 8 near First and Howard Streets, investigators said.

"In this particular case, it was unprovoked. The victim did not realize that this was going to happen," said SFPD Officer Grace Gatpandan.

The assault was caught on a nearby surveillance camera.

The video shows the man, named Christopher, standing on a corner with his wife and another person waiting for a rideshare car. A white four-door sedan pulls up to the group and Christopher then steps into the road and approaches the vehicle.

He appears to look inside the car and after a few seconds someone in the passenger seat opens the door and punches Christopher in the face, causing him to fall backwards and hit his head on the asphalt. The attacker then jumps back in the car and takes off, while Christopher's friends run to his aid.

The East Bay man was hospitalized with a traumatic brain injury, his family said. Police initially listed his injuries as life-threatening, but Christopher's wife said he has regained consciousness and while he is still hospitalized he has begun talking again.

Police released a composite sketch of the suspect. He is described as an Asian male, about 6 feet tall, 180 pounds, in his late 20s or early 30s. He's described as having a buzz cut hairstyle, wearing a black T-shirt and black jeans.

Police released a sketch of the suspect who punched Christopher Matthews on Sept. 8, 2018, in San Francisco.

The suspect's vehicle was captured on the surveillance video as well. It's described as a white four-door sedan with silver rims and a black glass roof.

Police ask if you or anyone you know have information that can assist with this investigation, please contact the 24-hour San Francisco Police Tip Line at 415-575-4444 or text-a-tip to TIP411 with SFPD at the start of the message.