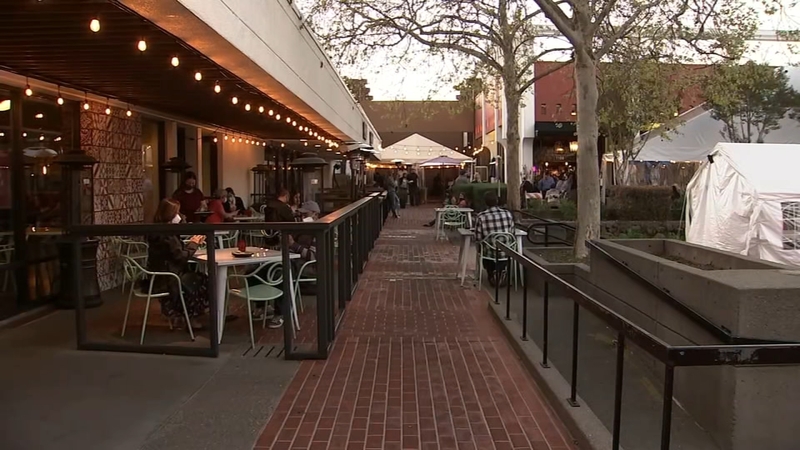 Napa Co. is staying in red tier after COVID-19 outbreak

NAPA COUNTY, Calif. (KGO) -- We're learning of an all new coronavirus outbreak at the Veterans Home of California in Yountville.

County officials tell us the outbreak happened in the last week. Officials say that because of the outbreak, Napa County remains in the red tier.

"We're trying to understand what might have happened and who was impacted, trying to respect everyone's privacy," says Napa County Supervisor Alfredo Pedroza.

Pedroza says the numbers have been headed in the right direction county-wide, but the outbreak has affected the positivity rate and because of that they'll stay in the red tier instead of moving into the orange.

"It was unfortunate staying in the red, but we're hopeful that this isn't a matter of weeks but a matter of days, we're making sure negatives were negative and positives were positive," says Pedroza, who tells us that because of the state's Healthy Place Index, they may still be able to move into the orange tier within the next week.

The current winter storm, even with concerns of flash flooding, isn't enough to put the brakes on reopening at V. Sattui Winery in Saint Helena.

Staying in the red tier means more restrictive measures will be in place, so while indoor dining is allowed at 25-percent, a majority of the dining will still be outside.

"To me it makes me a little nervous because we are in a global pandemic. This is not over and I think we need to be a little more aware of what's going on around us," says Napa resident Julia Talos.
Officials say they are trying to determine how many people were affected at the Veterans Home, but it is likely between 16 and 25.

RELATED: It's allowed, but is it safe? We asked 3 doctors if they'd go along with orange tier reopenings

Doctors say numbers are improving in the county, that a good portion of AG workers have been vaccinated and multiple restaurant managers even admitted that their biggest problem is getting employees to come back to work.

"We are short on employees, so myself, I ended up cooking today," says restaurant manager Cengiz Atis of Napkins Bar and Grill.

County officials do say that most, but not all of those at the Veterans Home of California were recently vaccinated. It's unclear though when those doses were given and who exactly caught the virus.