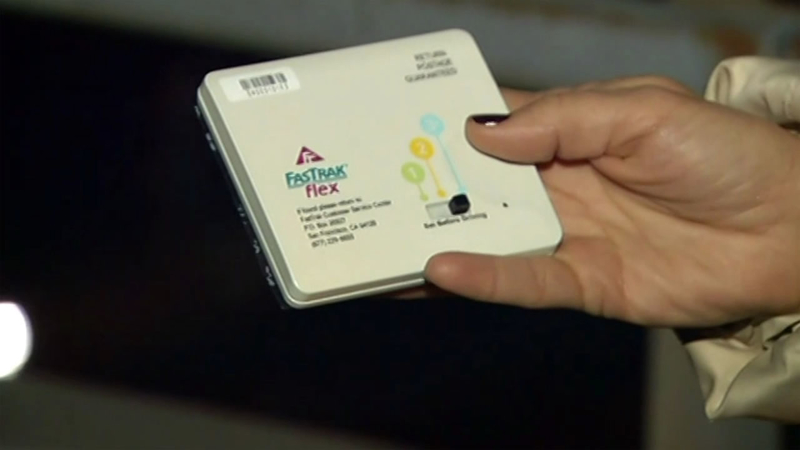 LIVERMORE, Calif. (KGO) -- A special FasTrak transponder will be needed when new express lanes open on Interstate 580 later this month.

These are the third set of toll lanes in the Bay Area where solo drivers will have to pay.

A big warning is going out to commuters that the old FasTrak transponders won't work for these new lanes and the CHP will be out to get you if you cheat.

It may seem like an easy thing for a solo driver to cheat - just ease on in to the express lane, switch your transponder to show that you have two or three people in your car and you can drive in the toll lane for free.

The cost for solo drivers will vary. It will depend on traffic and your distance. One range Caltrans gives is anywhere from $2.10 to $9 eastbound and $2.40 to $13 westbound.

Some drivers are tempted to try it. "I'm not gonna pay though. We'll see. I guess they gotta catch me in there," Tracy resident Rich Perez said.

CHP officers say they are confident they will. "You could always try but most of the time, we'll catch ya," Officer Derek Reed said.

Reed explained how it works. First of all, while driving in the express lane on I-580, every half mile or so you will pass through electronic check points that will read your transponder.

Officers will be sitting there watching these lights that will flash as you go through.

But if it flashes 2 or 3 and an officer sees only you in the car, you will get pulled over. And then the officer will check your transponder on the computer.

And don't even think of switching it at the last second. "As we are pulling you over, if you set it back to 1, we are able to check that in our system to catch the cheaters," Reed said.

The CHP says it will have officers out every day, patrolling these express lanes, and that they are trained to make this split-second detection.

But if you think you can slip by them, consider the penalty if they do catch you. "Carpool violation is over $500 in Alameda County," Reed said.

If you want to drive in the express lane, get the new transponder. Your old one won't work.