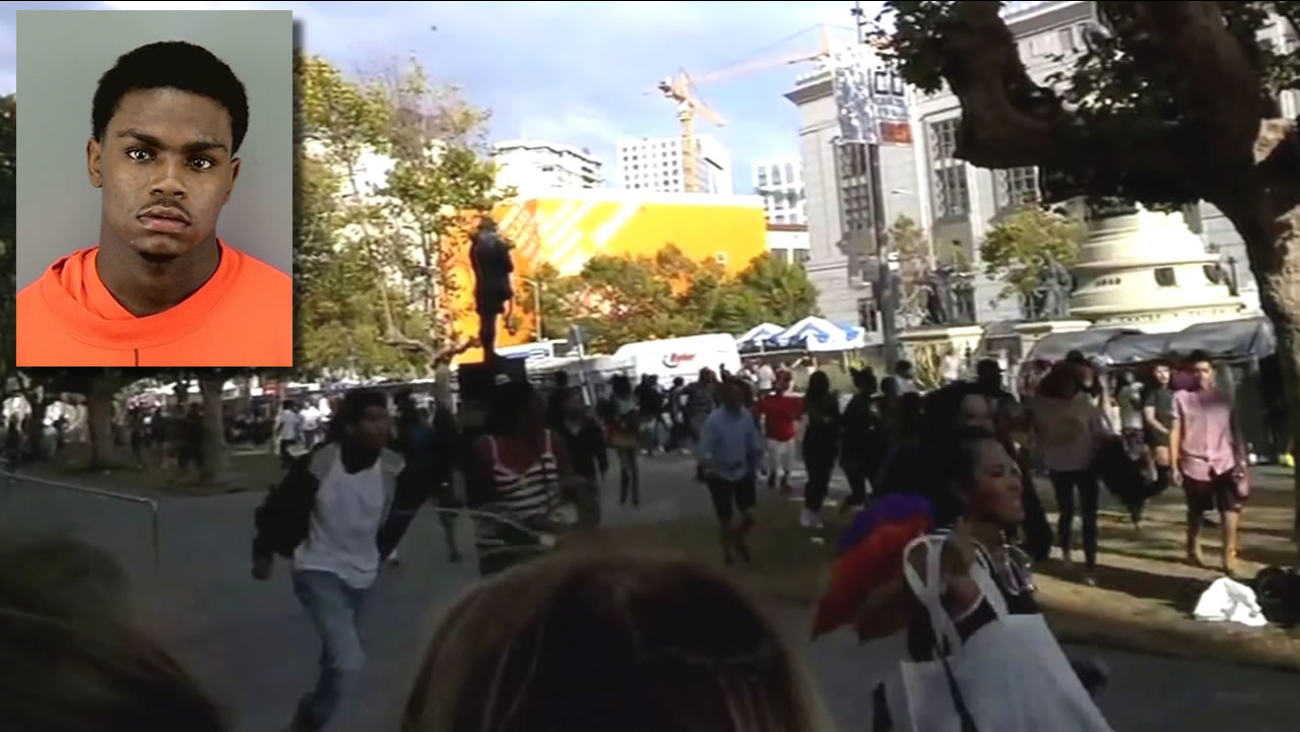 The gunfire erupted around 6 p.m. during the Pride festival near Civic Center, but police said it was unrelated to the event. They said before the shooting happened, several groups of men had a verbal argument near the venue.

A street vendor was shot in the arm at United Nations Plaza and suffered non-life threatening injuries. He was later released from the hospital.

Members of the San Francisco Police Department's Gang Task Force Unit found the suspect in Vallejo and he was arrested Wednesday.

Spencer faces two counts of attempted murder, discharging a firearm in public, and possession of an unregistered firearm.