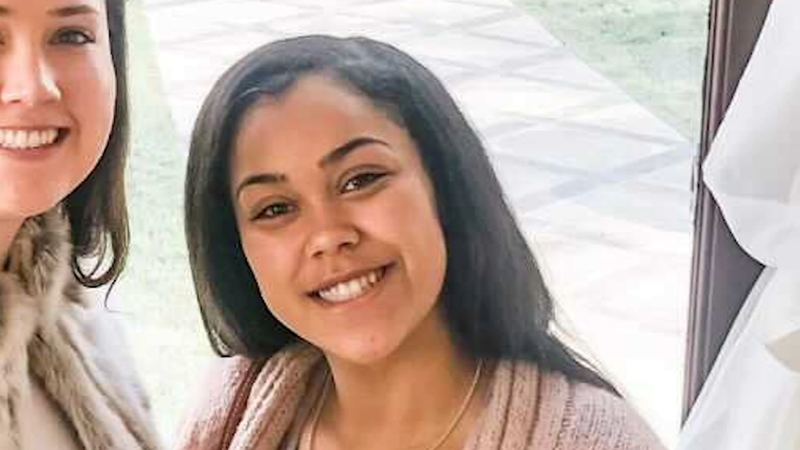 OAKLAND, Calif. (KGO) -- A fun night out turned tragic overnight in Oakland. Two people were shot to death on a party bus, five others have gunshot wounds. Police say the attack appears to be targeted.

Police estimate that at least 70 rounds were fired at this bus, carrying a group of young people celebrating a 21st birthday. One woman died on the bus, another woman died at the hospital.

Two women have died and multiple other women are wounded after a party bus was shot at in Oakland overnight.

One of the two victims is 16-year-old Zoey Hughes of Modesto. Her cousin was still in a state of shock when we spoke with her Tuesday night.

"I kind of just feel right now that I'm in a really bad dream and hoping that I'll wake up from it. It doesn't really feel real I kind of feel numb," says Destinee Elgen.

At a vigil, Zoey's mother Christina questioned how her daughter was able to get on a party bus, "How? How did you let her on a party bus, isn't that for 21 and over? She's not, she's 16! So that company should be at fault too."

Police say someone opened fire at 12:20 Tuesday morning when the bus was Eastbound on I-580 in Oakland at the Seminary Avenue off ramp. A car carrying the shooter or shooters then followed the bus and fired more shots after the bus exited the freeway near 68th Avenue and Foothill Boulevard. Police say in addition to the two women who died-five others were taken to the hospital with injuries. One is in ICU.

"Looking at a young lady who was injured, reminds me of my own children. This has to stop and we all need to take a stance against young violence in the city of Oakland that has taken the lives of multiple young people over the last four days in this city," said Chief Armstrong.

"It just demonstrates how completely out of control gun violence is in Oakland right now," Oakland Police Officer's Association President Barry Donelan said. He says gun violence like this is surging and the police department has just 705 officers on the street. The lowest number in 6 years.

Destinee Elgen says her cousin Zoey was fun loving and didn't deserve this.

"She was only 16 so I feel like I'm afraid she was scared or was she alone. Did anyone hold her hand? I keep thinking about all those things and hope she wasn't scared and she didn't feel alone, but in reality she probably did," says Elgen.

The chief says the police department will work with the California Highway Patrol to find the suspects.

The CHP is asking for anyone with information to reach out to investigators. A $40,000 reward is being offered in the case.
VIDEO: SKY7 over party bus shooting investigation in Oakland
EMBED More News Videos