KTRK
LOS ANGELES, California -- An animal rescue group is calling for an investigation after a pit bull who was adopted two weeks ago died from what animal advocates believe was physical and sexual abuse. The dog was found injured in south Los Angeles on Monday.

The 5-year-old dog, Cargo, was dumped in front of a house, according to Dianty Marquez of Ghetto Rescue Foundation.

A resident who wished to remain anonymous said neighbors reported seeing two men who "dropped it off there and just left."

The woman said she couldn't reach any city or county animal control officials to respond, so she reached out to Ghetto Rescue.

Video Marquez took when she arrived at the scene shows the pooch was clearly suffering.

"Head down, she had a rope tied to her neck and she wasn't going anywhere," Marquez told KTLA-TV.

Marquez was able to get Cargo into her car and rushed her to emergency veterinary care.

"That's when we got word that there had been some trauma in her vaginal area," Marquez said, "and they made her as comfy as they could."
But by Tuesday morning, the pit bull had taken a turn for the worse.

"She passed because she had some type of blunt force trauma and it caused her aorta to rupture," Marquez explained.

In a Facebook post about the ordeal, the rescue said Cargo hadn't suffered any scrapes or abrasions, and "other than her vagina trauma nothing was obviously wrong."

The dog was microchipped, and records show she was adopted on July 23 during a free adoption event.

Animal advocates say the case is an example of the dangers of giving dogs and cats away. When animal shelters are operating at or near capacity, they often offer low-cost or free adoptions to get the animals into homes.

Anyone with information on the case can contact the Los Angeles Police Department's Animal Cruelty Task Force at 213-486-0450. 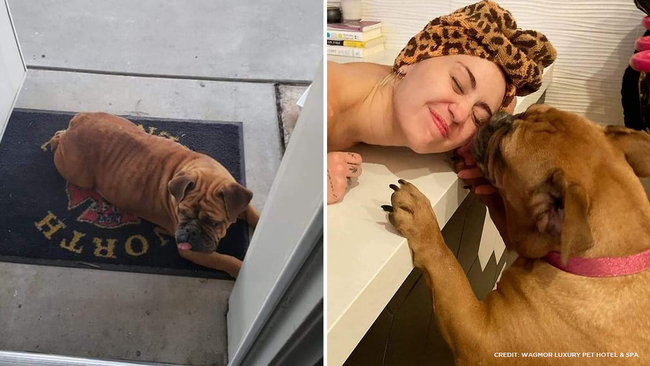 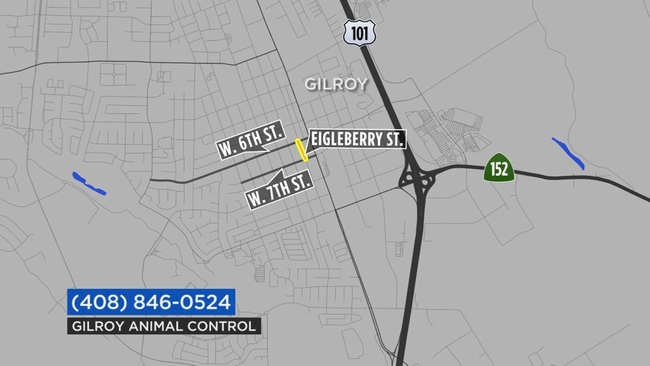