TIMELINE: How Meek Mill ended up in jail, then 76ers game

A look at how the 30-year-old Philadelphia rapper, whose "Dreams Worth More Than Money" won a Billboard award for top rap album in 2016, ended up in a Pennsylvania prison roughly a decade after his 2007 arrest and then rang the bell at the Philadelphia 76ers playoff game hours after being released.

HOW DID ALL THIS START?

JANUARY 2007: Mill is arrested in Philadelphia, charged with assault, drug and gun possession. According to a criminal complaint, he pointed a firearm at a police officer and was forcibly subdued.

JANUARY 2009: He is sentenced to 11- to 23 months behind bars, seven years of probation. Common Pleas Judge Genece Brinkley says the term was "considerably shorter" than it could have been. She wrote that the court wanted to "give him an opportunity to turn his life around from selling drugs and instead focus on his musical talent."

JUNE 2009: Mill is released from jail after five months and paroled under house arrest. He is given permission to work but is also ordered to earn a high school equivalency diploma and undergo drug treatment.

2010-2012: On multiple occasions, he tests positive for marijuana and opioid use but is not held to be in violation of the terms of his release.

DECEMBER 2011: He is found to be in technical violation for testing positive for opioid use but is not jailed.

2012: After a court date is rescheduled several times because of Mill's "unavailability and failure to communicate with his attorney," Brinkley writes in a court document, his travel outside Philadelphia is suspended.

MARCH 2013: He is found in violation of probation for traveling outside the city but is not jailed. Instead, he is ordered to enroll in an etiquette course to address "inappropriate social media use and crude language in the courtroom," court documents state.

JULY 2014: He violates probation again, this time for failing to report to his probation officer, making unauthorized travel plans and ignoring the court's orders. He is returned to jail for about five months and given an additional five years of probation.

DECEMBER 2015: Mill is back in court for his fourth hearing for violations. Authorities say he didn't report to his probation officer, disobeyed travel restrictions and submitted a sample of cold water for a urine test. A lab technician testifies that Mill told him that the sample was cold because he drank a lot of water. His then-girlfriend, Nicki Minaj, testifies on his behalf. Mill's attorney says his work in the entertainment business makes it hard for the rapper to comply with orders restricting his travel. Sentencing was scheduled for February.

FEBRUARY 2016: He is sentenced to 90 days house arrest and is required to do community service.

NOV. 6, 2017: Brinkley sentences Mill to two to four years in prison for violating probation. She cites a failed drug test, failure to comply with an order restricting his travel and two other unrelated arrests - one in St. Louis for a fight in an airport where charges against him were later dropped and the other for reckless driving in New York City where he took a dismissal deal.

"You basically thumbed your nose at me," she says.

The prosecutor and his probation officer recommended he not be imprisoned.

Mill admits to the violations but says jailing him would likely end his musical career. "I may have made a mistake but I never had the intention of disrespecting you," he said.

Fans, athletes and fellow rappers take to the streets in Center City, calling for Mill's sentence to be overturned.

"We had a very blunt talk," Sharpton says. "He's a bright young man. He's committed and he really said 'Reverend, if nothing else, let people understand what this system does.'"

Brinkley denies a motion to allow the 30-year-old rapper to be bailed out.

She says Mill will stay in prison because he's a "danger to the community."

Mill's legal team asks again an appeals court to free him from prison.

Brinkley hires her own lawyer. Attorney A. Charles Peruto Jr. says the rapper's legal team has been making baseless claims to the media about the judge's personal and professional conduct.

Prosecutors in Philadelphia say they are not opposed to the release of Mill while he appeals a probation violation sentence, citing concerns about whether his conviction will ultimately be upheld. They confirm that the arresting officer was among those prosecutors from the previous administration tried to keep off the witness stand because of credibility questions. They cite accusations against him by other officers in saying there was "a strong showing of likelihood" of the conviction "being reversed (in whole or in part)."

District Attorney Larry Krasner informs the Pennsylvania Supreme Court that he will not oppose bail for Mill, pending proceedings against him.

After the visit, Kraft says Mill's incarceration makes it clear that "we have to do something with criminal justice reform." Rubin says he believes "the right thing will happen" and Mill will be released soon.

"I think nationwide we need to look at how we handle criminal justice issues and how we treat people when they're younger and shouldn't follow them when they're older. They have responsibilities to take care of children, child in this case, and be better off doing that if he went to work," Kenney says.

The Philadelphia district attorney's office says during a hearing the drug and gun convictions should be thrown out and Mill should be granted a new trial.

"He's doing good considering the situation. It's jail. You can be as good as you can be. His mind is right, and that's what I'm concerned with, that's why I came to see him," Hart says. "When you know you're innocent, it's tough to sit through something you know you didn't do."

Mill walks out of prison and into a waiting helicopter.

He attends the Philadelphia 76ers game where he rings the ceremonial bell.

Mill says he would now focus his attention on getting his convictions overturned, and that he looks forward to resuming his music career.

The Supreme Court denies a defense request to move the case to another judge, but says the presiding judge could opt to remove herself. 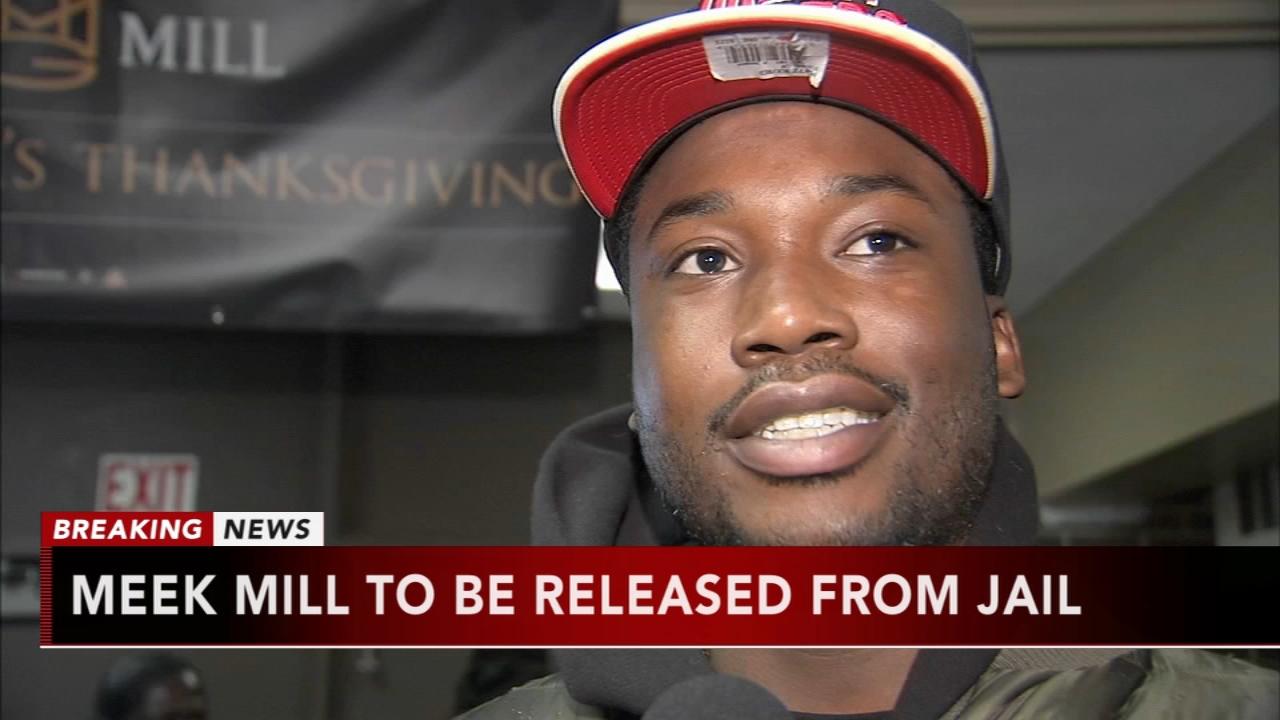 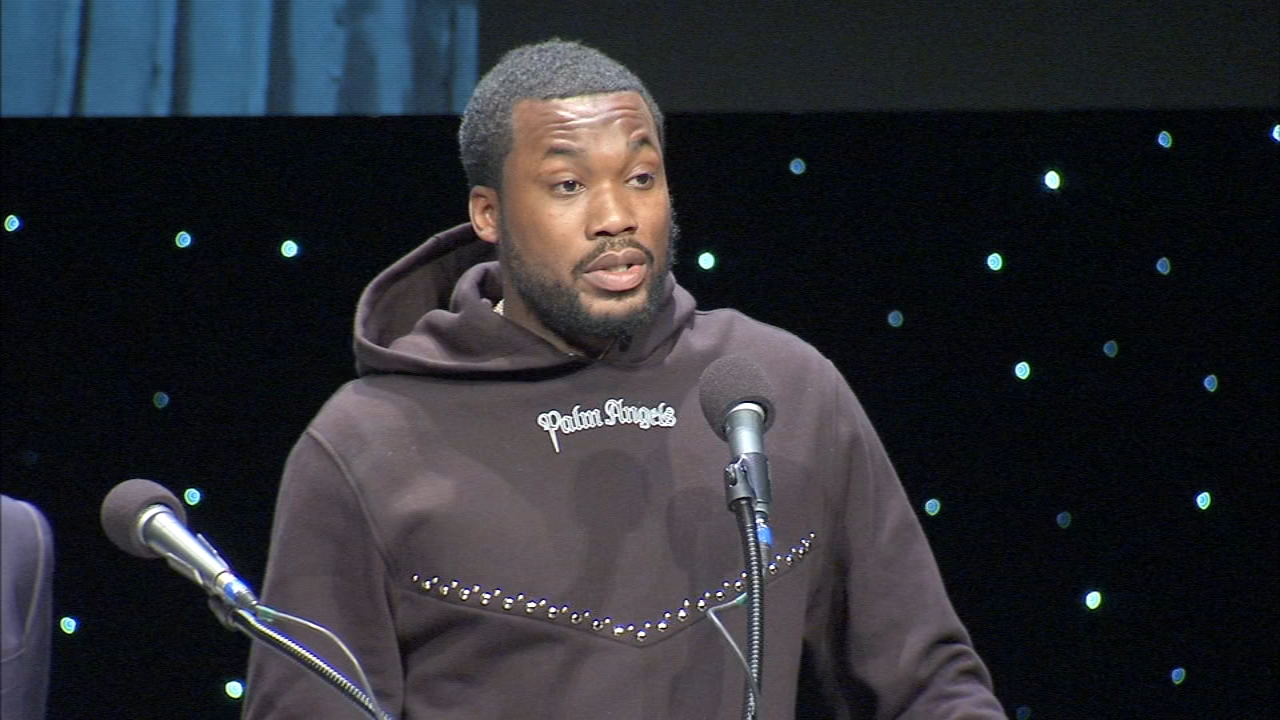 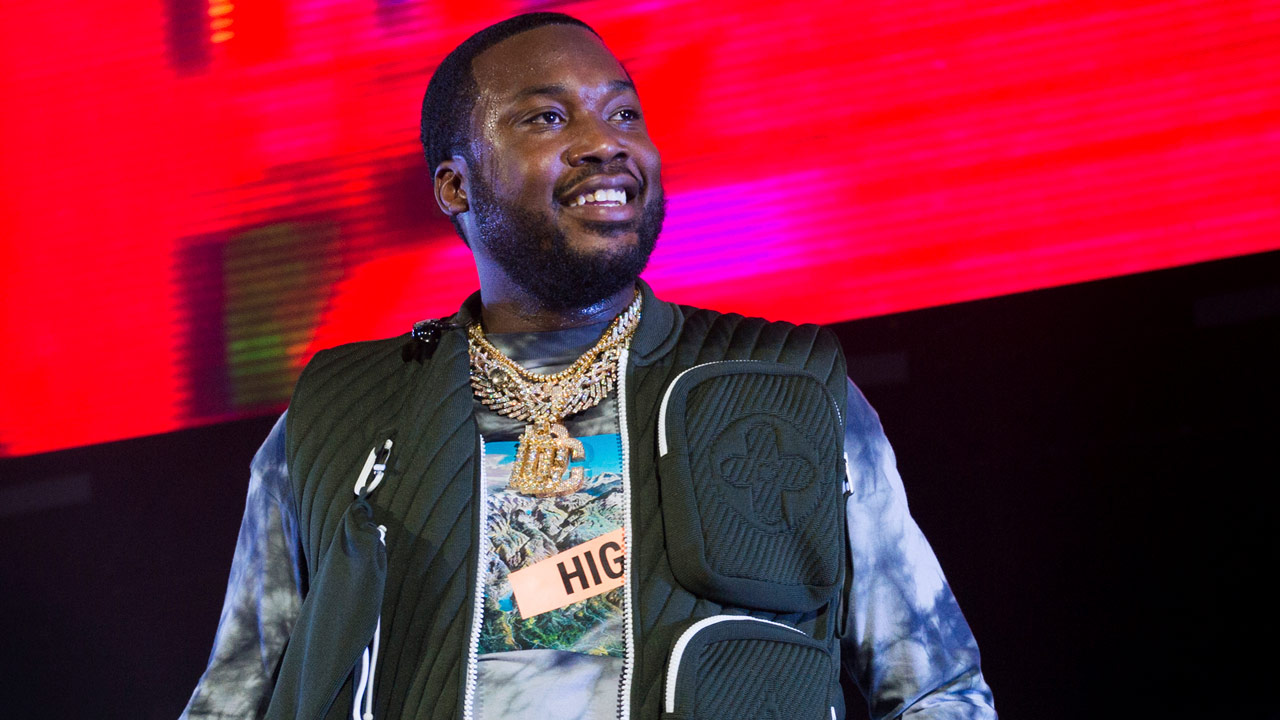 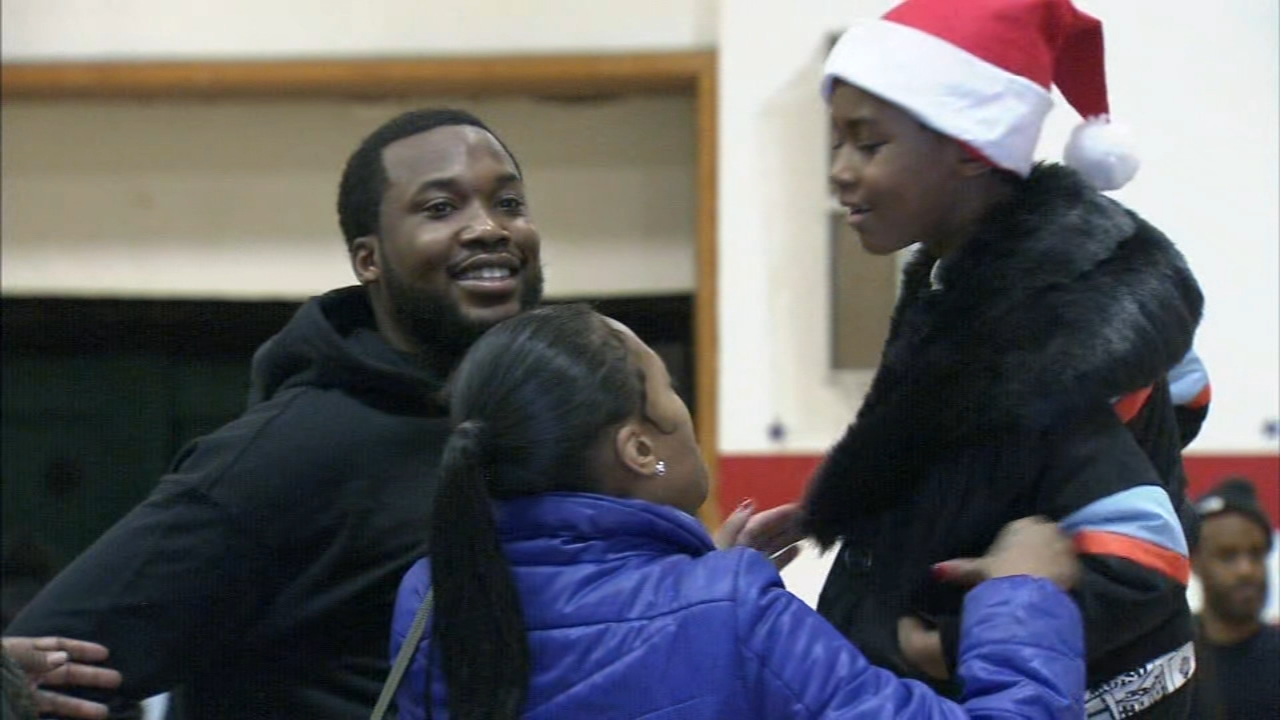 Rapper Meek Mill to be released from prison