TEXAS (KGO) -- Bay Area Congresswoman Jackie Speier was with a group of Democrats Saturday who visited migrants detained at the McAllen Border Patrol station in Texas.

She tweeted these photos:

Border Patrol agents say single hardest population is minors w/children. “It’s almost impossible to find anyone who will take them” from the processing centers. This humanitarian crisis is one Ds & Rs have to own. Agents aren’t social/health care providers. But doing their best. pic.twitter.com/dFByLH9ok3

An 8-yr-old boy, separated from his 25-year-old sister after their long journey from Central America, has been in Ursula for weeks. His mom died when he was 3. His dad is elderly. But he knows the name, address, phone # of family in CA by heart. He said, “When can I leave?” pic.twitter.com/ahCvBKmoFx

⁦@NydiaVelazquez⁩ talks w/a group of teen boys at Ursula with ⁦@RepAndyLevin⁩ & ⁦@RepMcGovern⁩ - some have been there 40 days; are given no info about what awaits them next; many separated from younger siblings; sick, tired, & disoriented from lights on 24 hours pic.twitter.com/Zu3cw0h9dE

This father was laying with his son in a quarantined area. One dad whose young daughter was curled up under a Mylar blanket told me, “I came for her, to seek a better (safer) life for my child.” Another woman with her baby was frantically trying to find her husband and 7-yr-old. pic.twitter.com/xFjWcoE4QR

We crossed the border to see the impact of ⁦@POTUS⁩’s metering policy on families desperate to claim asylum. They sleep on sidewalks in blistering heat on the Mexico side of the border waiting for months to enter the US. More than 2K names were posted on the daily list. pic.twitter.com/Mk9t2FA5AU

Speier says some of the migrants have been held up to 60 days with no showers or toothbrushes, and that they've been given no information.

All pleaded with the lawmakers to call their families. 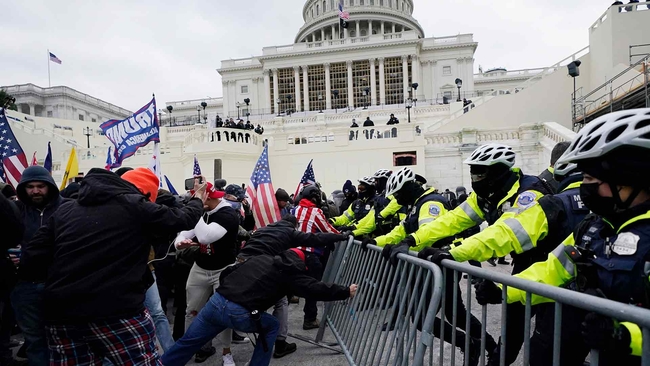