KGO
By Laura Anthony
WALNUT CREEK, Calif. (KGO) -- There were new developments Friday concerning the Keystone XL pipeline -- the plan to build an oil pipeline system that would stretch from Canada to Texas. President Barack Obama announced the plan has been squashed.

"If we want to prevent the worst effects of climate change before it's too late, the time to act is now. Not later. Not someday. Right here, right now," Obama said.

It is certainly a big development in political and symbolic terms, but in reality at the gas pump the rejection of the Keystone pipeline will have no effect.

The Sierra Club calls the rejection of the Keystone XL project a clear victory for all those who fought to keep the 1,200 mile pipeline from becoming reality.

"Today's victory is profound in part because this was supposed to be a done deal. We were told seven years ago this pipeline was going to be approved," Michael Brune from the Sierra Club said.

The Keystone XL Pipeline would have carried 800,000 barrels per day of carbon-heavy oil from Canadian tar sands through six states to refineries in the Gulf Coast.

Dan Kammen from the UC Berkeley Renewable Energy Lab said, "The United States is at the center of the world's fracking boom, and so we have cheap oil and cheap natural gas. So in really colloquial terms, in the U.S. we have a lot of this dirty crap, we don't need Canadian dirty crap."

Spokesperson Catherine Reheis-Boyd for Western States Petroleum told ABC7 News, "Ultimately, decisions about America's energy future should be based on science and facts. We cannot afford to play politics with our nation's energy infrastructure, jobs and the economy."

"We won't notice any effect from building or not building the Keystone XL," explained Severin Borenstein.

Borenstein, with the U.C. Berkeley Energy Institute, added, "It's not really going to change either the price of gasoline or the amount of greenhouse gasses we release." 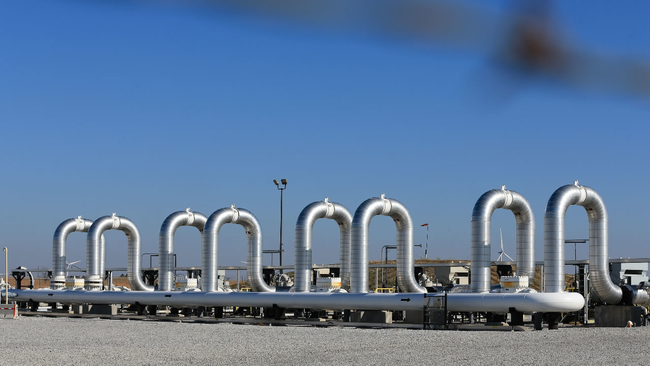