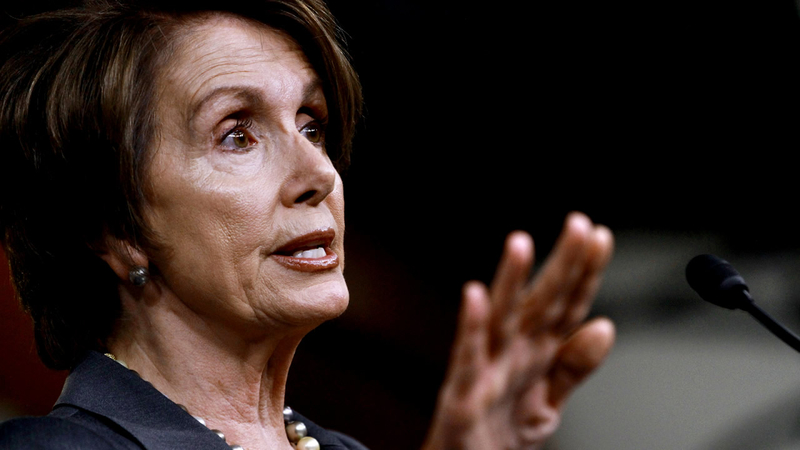 WASHINGTON (KGO) -- Now that Democrats have control of the House, many are wondering what they will do with it -- what kind of tone will be set and will the Bay Area's Nancy Pelosi now get a second tour as Speaker of the House?

Some critics in her party have said they think it is time for new leadership. ABC7 also heard that opinion on the streets of San Francisco Wednesday morning.

"Definitely need new leadership, Nancy had her chance," said San Francisco resident Gavin Domm. "She did a fine job but, you know, I think there's a new group of Democrats that need to step forward into leadership roles."

But we also heard strong support for the San Francisco Democrat.

"I think she did a pretty good job while she was in office," said Fremont resident David Khasar. "So yeah, I would like to see her still there."

"You know, I'm gonna go stand behind Nancy Pelosi all the way," said Alameda resident Caren Miles. "She is a total, (I'm) trying to use the right word. Just, she's strong, she's amazing. If she were a man we wouldn't have a problem with her."

President Donald Trump showed support for Pelosi Wednesday morning with a tweet that read: "In all fairness, Nancy Pelosi deserves to be chosen Speaker of the House by the Democrats. If they give her a hard time, perhaps we will add some Republican votes. She has earned this great honor!"

He also mentioned her in Wednesday morning's press conference.

Pelosi is pledging to work with Republicans on a number of issues -- among them building infrastructure and lowering prescription drug costs -- after Democrats won control of the U.S. House of Representatives on Tuesday.

Pelosi, a San Francisco politician who has worked her way up in the Democratic Party, held a news conference Wednesday morning to discuss the midterm election.

She said Democrats won by focusing on healthcare and avoiding President Donald Trump's heated rhetoric on immigration in the weeks leading up to the midterms.

"It was a great night for the American people," Pelosi said. "We won because from the beginning we focused on healthcare."

Pelosi said she spoke with Trump Tuesday night about issues the two can work together on.

"He talked about it during his campaign but didn't come through on it during his first two years in office," Pelosi said during the news conference.

Another issue Democrats would like to tackle, and that the President may support, is lowering prescription drug costs, Pelosi said.

"We hope to get that done now because that has a big impact on American families' budgets," she said.

But she also promised that House Democrats will check the president's power, launching investigations and issuing subpoenas if necessary.

Pelosi is likely to become Speaker of the House, despite some calls for her to make way for new leadership.

Pelosi rejected those calls during the news conference.

"I think I'm the best person to go forward to unify and negotiate," she said.