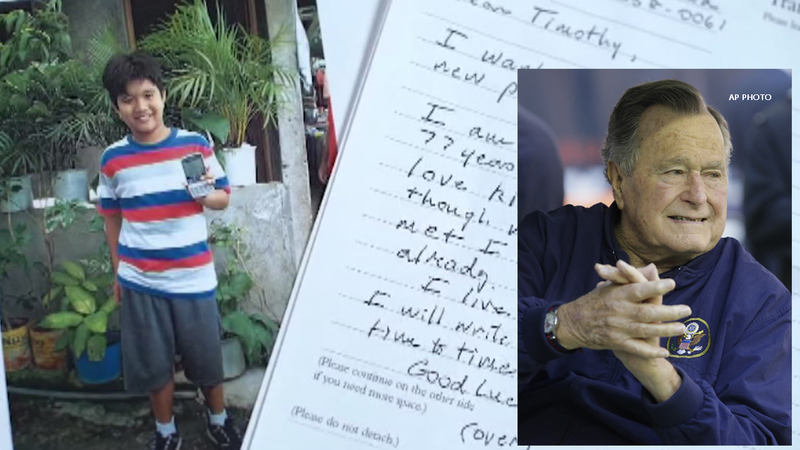 President George H.W. Bush never shied away from giving back to others and that continues to ring true even after his death.

The non-profit group Compassion International revealed that the president sponsored a 7-year-old boy in the Philippines named Timothy for 10 years.


Bush sent money that went toward Timothy's education, extracurricular activities and his meals.

The late president would use the pseudonym "G Walker" when he wrote letters to the boy.

But keeping the secret about the president's identity was no easy task.

A security team carefully screened each letter, but Bush would sometimes drop more hints than he was supposed to, like saying he'd been to the White House and that his dog Sadie had met a lot of famous people.