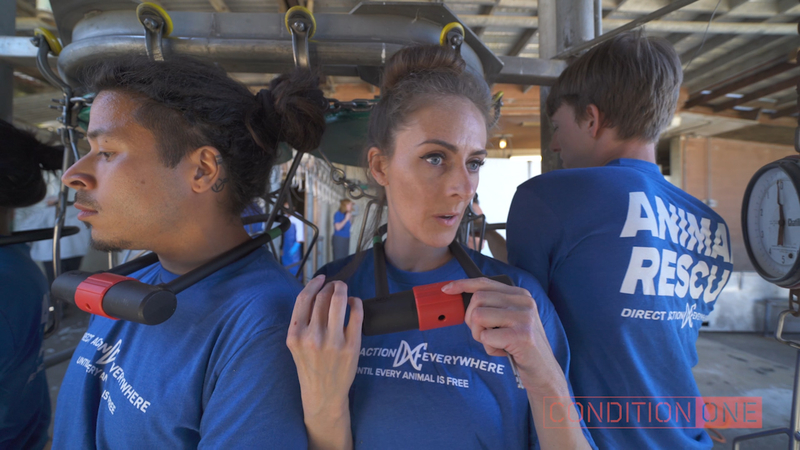 According to a press release by the Sonoma County District Attorney, two to three hundred protesters were bused to the farm that morning and illegally entered the farm grounds.

A smaller group headed for the processing line where they stopped a conveyor belt, removed the ducks and used bike locks to attach themselves to the conveyer belt.

Unfortunately, the belt was switched back on by someone and it moved as protesters were still attached.

In the handout video provided by animal rights group Condition One, protesters scream for the belt to be stopped.

One man can be seen, his face turning red seemingly struggling to breathe, in distress.

RELATED: Animal rights activist says he was almost killed while protesting at a Petaluma duck farm

Before being released from the bike lock the man confirms he is fine and eventually is able to walk away.

The group then left the slaughter line and headed to an entrance where other protesters -- some holding ducks -- had chained themselves together to keep anyone from entering the facility.

Dozens of police in riot gear eventually arrived to place them under arrest without further incident.