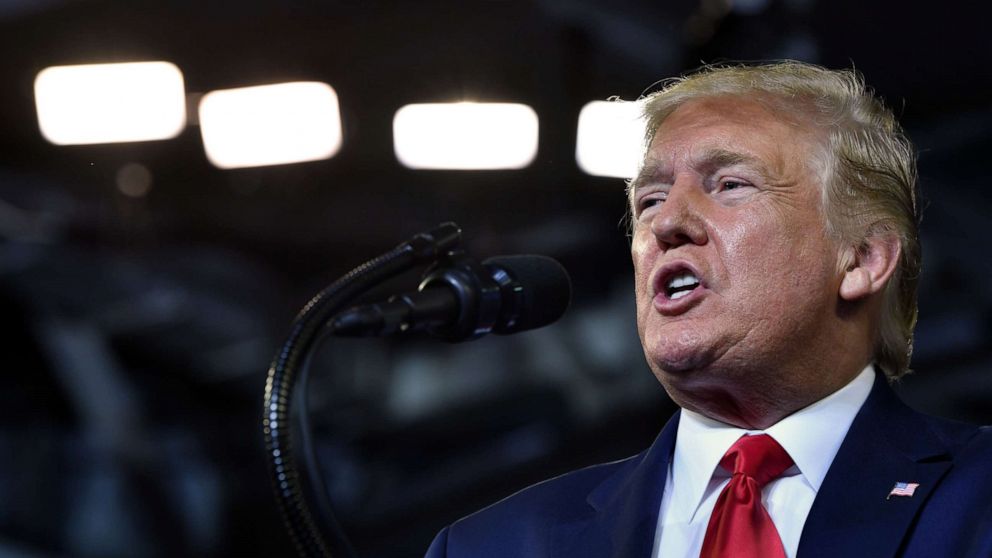 Faith leaders in Rep. Ilhan Omar's home district are standing firmly behind her in the face of attacks from President Trump, despite disagreeing with some of her comments on Israel.

In an interview on ABC News Live's "The Briefing Room," Rabbi Olitzky told MaryAlice Parks he can't "sit or stand silently while our sitting president issues such racist rhetoric."

Olitzky went on to compare what he saw at the North Carolina rally to some of history's darkest hours.

"This is a very eerie wave of similar situations in history, be that Nazi Germany or elsewhere," he said, adding that people don't seem afraid to be "publicly hateful and publicly loud."

The rabbi called on all political leaders to stop using "the Jewish community as a political football."

In an op-ed in the Times of Israel titled "Enough with the Noise and the Vitriol," Olitzky wrote, "We cannot fall victim to the political tricks that rely on racism, and the meme of antisemitism, to bolster both sides, while still doing immense communal harm."

Olitzky told ABC News he has met with Rep. Omar and her staff on numerous occasions -- including in Washington, D.C.

"Even if her previous remarks may be offensive and even if she disagrees with the policies of the current Israeli government, I cannot stay silent today. I stand fully beside her -- and her colleagues -- and support her in the face of the recent racist tweets of the president. This is not how we engage in civil dialogue. This is not how we do business and politics in this country. We are and have been better than this. We need to be better than this," he wrote.

Olitzky called on both sides to rise above this and talk to each other.