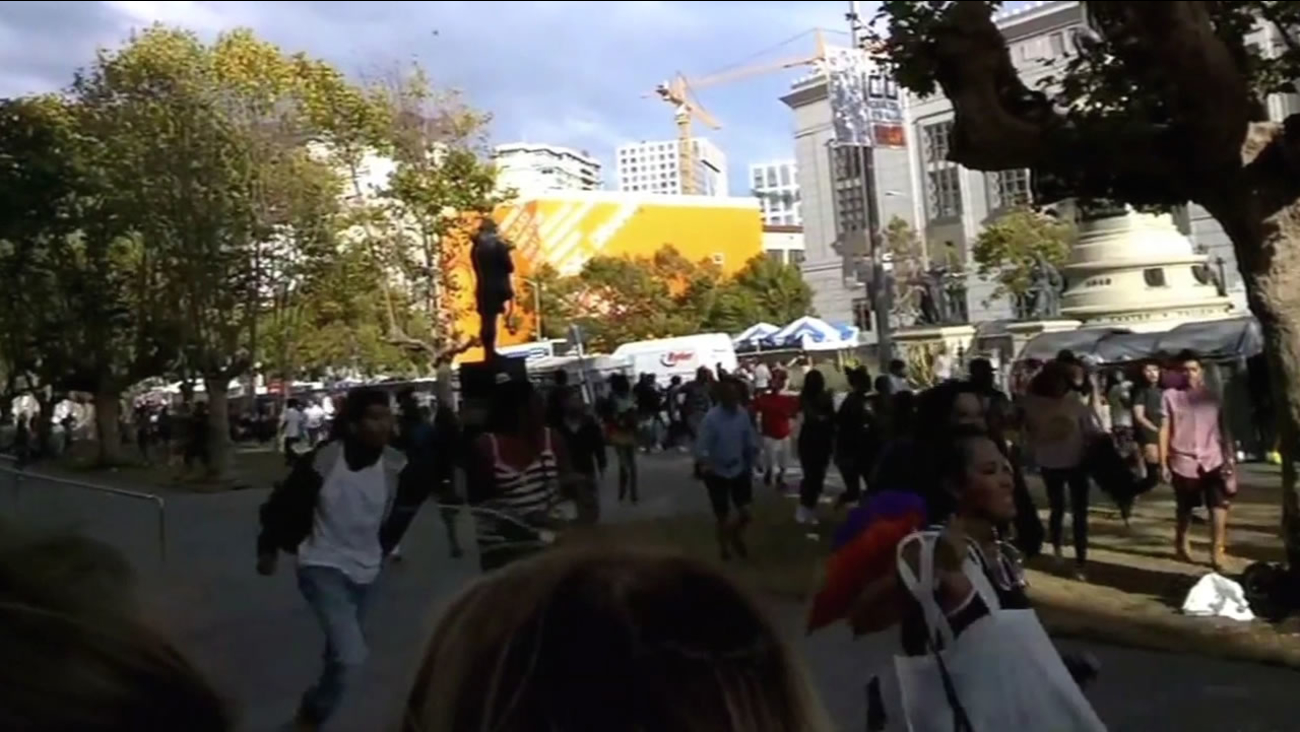 A crowd runs after hearing gun shots near Pride festivities at the Civic Center/UN Plaza in San Francisco on Saturday, June 27, 2015. (Sean-Franc Strang)

SAN FRANCISCO (KGO) -- A bystander was hospitalized after a shooting in the area of United Nations Plaza near the tail end of the Pride Celebration taking place in the Civic Center Saturday, according to police.

Police said the shooting, reported just after 6 p.m. today, appears to have occurred after several groups of men unrelated to the Pride event got in an argument near or inside the venue.

One of the suspects allegedly pulled out a gun and fired several shots, one of which struck a man at the Pride event in the arm, police said.

The victim, a 64-year-old man, was taken to San Francisco General Hospital and is listed in a stable condition, police said this evening.