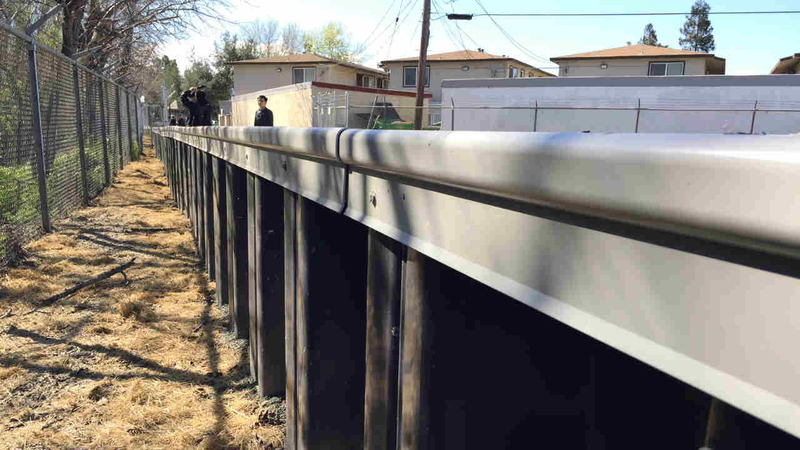 SAN JOSE, Calif. (KGO) -- The prospect for an imminent flood is rather low, given the dry winter so far. But on this anniversary of the Coyote Creek flood that displaced 14,000 San Jose residents and did $73 million in damage, officials from the city and the Valley Water District say they are better prepared.

There was intense criticism from residents from three neighborhoods - Rocksprings, Maybury and William Street - that they never received warning how quickly their apartments, homes and businesses would be inundated by three to five feet of flood waters. Rescue teams in boats had to ferry bewildered residents to dry land as they clung onto children and pets and whatever clothing and valuables they could grab.

Many were out of their homes for weeks and some for months while repairs were made. Council member Raul Peralez told reporters Wednesday that 18 families are still in temporary housing. They have been unable to find replacement housing they can afford in the high-priced rental market. Each family wants to stay in San Jose so they can be close to relatives and friends.

The city also has acquired portable loudspeaker systems to roam neighborhoods at risk with announcements in English, Spanish and Vietnamese. Alerts are color coded to reflect the severity of the danger.

On February 21, 2017, Coyote Creek floodwaters rose so quickly in some San Jose neighborhoods that many residents didn't have time to do anything but evacuate.

The Rocksprings area also has a new wall to stop water from Coyote Creek from inundating nearby apartments and homes. The $1 million vinyl wall is twice as deep as it is tall. It is designed to last 50 years but might be replaced or modified later as the Valley Water District works with the U.S. Army Corps of Engineers on a feasibility study to address flood control measures. A memorandum of understanding is being negotiated that would allow the water district to tap into the Army's engineering expertise. A study could take one to two years.

The water district also is looking into expanding its capacity to release water from its Anderson Reservoir. A series of intense storms that raked the Bay Area last February caused the reservoir to fill and reach capacity. While the district began releasing water into Coyote Creek in January as the reservoir filled up, a month before the flooding, the storms intensified the discharge.