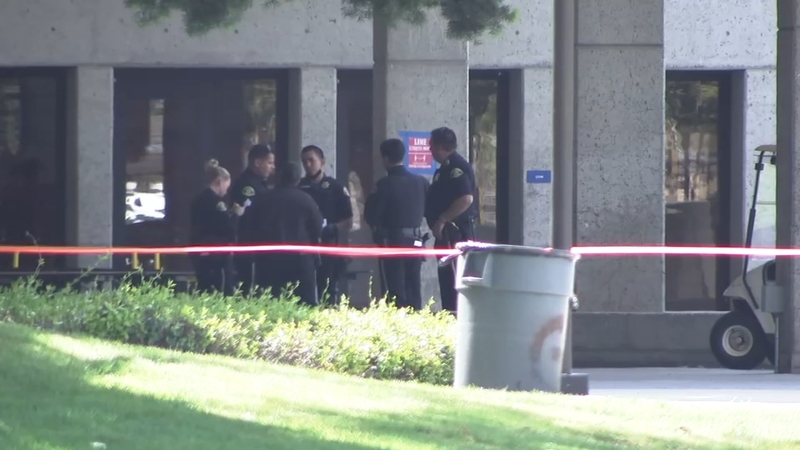 SAN JOSE, Calif. (KGO) -- Police say a student is in custody after stabbing another student at a San Jose high school Monday morning.

Officers responded to Gunderson High School around 10:12 a.m. on a report of a fight and a subsequent stabbing. They located a male student with a non-life threatening stab wound.

"(It was a) very chaotic scene," said Sgt. Christian Camarillo with the San Jose Police Department, "We did have a police officer there when the stabbing incident occurred."

A suspect who is also a student was taken into custody by officers.

Police say several students from the high school were involved in the incident. SJPD says an on-campus officer was on the scene and played an important role coordinating the response and apprehending the suspect.

Some parents of students at Gunderson High School say they got texts from their kids about the fight. Many showed up long before everyone was sent home to make sure their children were okay.

"The first thing you worry about is your own kid's safety," said Mike Garcia, a parent.

"Earlier today, Gunderson High School had an altercation involving multiple students that escalated into a stabbing. No students sustained life-threatening injuries. A law enforcement officer was on campus and responded immediately. Our campus officer quickly stopped the violence and apprehended the suspect. Thanks to the quick response of our campus officer and the San José Police Department (SJPD), the school was not under shelter-in-place or lockdown, and the incident was contained. San José Unified is working with SJPD to investigate the incident, and while that investigation in ongoing, school is continuing as scheduled. In addition, our crisis support team is on site to provide support to students and staff at Gunderson High. The safety of our students and employees is our top priority. We will continue to work with our employees and law enforcement to ensure our schools are as safe as possible for our students and employees."

2/ Preliminary info is both suspect and victim are students at the school.

Campus Officer was on scene and played an important role coordinating a response and suspect apprehension.

2/ Preliminary info is both suspect and victim are students at the school.

Campus Officer was on scene and played an important role coordinating a response and suspect apprehension.