Police first learned of the ropes through a social media post that identified the ropes as nooses.

He even shared a video of it in action.

"Out of the hundreds, thousands of people who walked by, no one even thought it looked anywhere close to a noose," said Sengbe. "Folks have used it for exercise, it was really a fun addition to the park that we tried to create."

Sengbe told us the small piece of rope, still up in a tree is all part of the same system.

The mayor said that does not "excuse their tortuous and terrorizing effects."

"We have got to stop terrorizing our black and brown citizens, and as white people, we have to become knowledgeable and educated about the impacts of our actions," the mayor said.

She said there is no place in Oakland for "any such symbols of terrorism and racial hatred and violence."

"These have no place in our city in any time," she said, "but especially in this time."

The ropes are now being investigated as a hate crime.

Schaaf says the evidence has been handed over to the FBI, and that the intentions behind the ropes only matters when it comes to deciding if this will end up being charged as a hate crime.

"But they do not matter about whether or not we should tolerate symbols of hate and violence and torture."

She went on to say that it is a privilege not to feel "complete fear and terror when we see a rope in the tree."

"We have got to stop terrorizing our black and brown citizens, and as white people, we have to become knowledgeable and educated about the impacts of our actions," she said.

In a statement Wednesday, Oakland police said, "As a department and city, we understand the historical and harmful associations when ropes are hung from trees and how the impact can harm our communities."

Extra police officers will now be patrolling around the Oakland lake in addition to the FBI being notified of the incident. 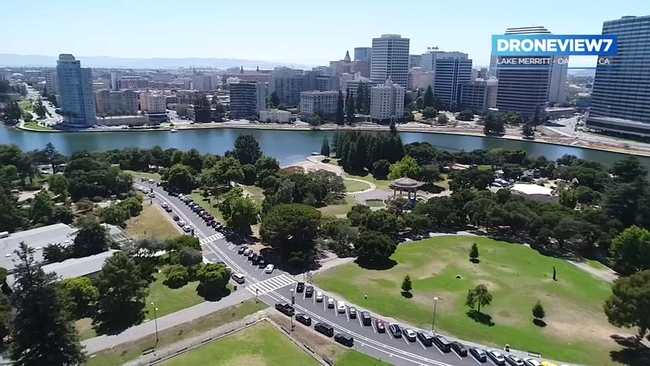