Mom says she was racially profiled, accused of shoplifting at San Leandro Kohl's 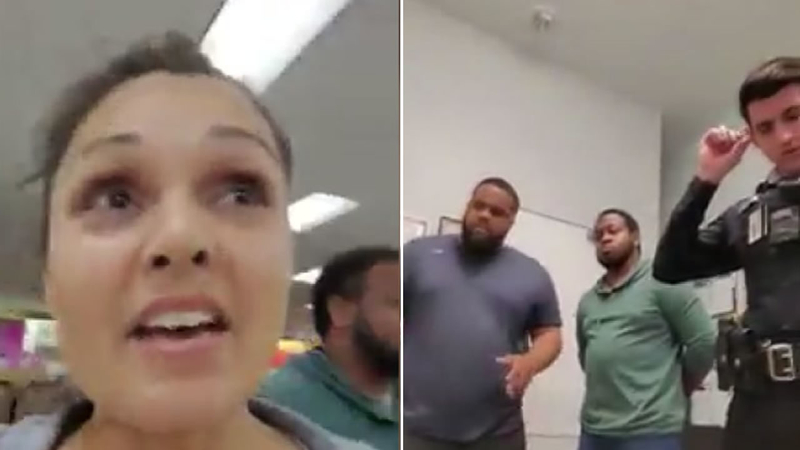 Mom says she was racially profiled, accused of shoplifting at San Leandro Kohl's

SAN LEANDRO, Calif. (KGO) -- A woman from Castro Valley says she was racially profiled and wrongly accused of shoplifting at Kohl's in San Leandro.

Yolanda Montoya recorded the incident on her phone and posted it to Facebook, where she received hundreds of shares and comments.

"I couldn't believe it," Montoya, who is a nurse and mother of four young children, told ABC7 News in an interview Tuesday. "'I'm like, obviously I didn't steal anything. Where could they have thought I stole something? And then I'm like, 'Oh, because I took clothes, I took clothes in the fitting room, because have I have a diaper bag, because I look a mess and I look like I might need to steal."

Montoya says she was "aggressively" approached by two security officers in early July after purchasing a shirt at the Bayfair Mall Kohl's. She had left the six other items she had tried on in the dressing room.

She said she began recording the incident once they brought her to the security room for her own safety. The security guards threatened that if she didn't stop recording, they would call the police, which ultimately they did.

"I knew it was going to be his word against mine and I was afraid," Montoya said.

In the 11-minute video, Montoya is heard asking the security guards and police officer repeatedly what she did wrong and begging them to look through her bags to see she didn't steal anything.

A woman from Castro Valley is sharing her experience after she says she was racially profiled and wrongly accused of shoplifting at Kohl's in San Leandro.

Eventually, she showed them herself. While recording, she opened up her diaper bag and pulls out her wallet, diapers, clothes and sunscreen.

"See that?" she asks the security guards in the video. "There you go!"

Montoya said she eventually was able to go back to the fitting room and found the shorts the security guards had claimed she stole.

A spokesperson for Kohl's sent ABC7 News this statement when asked about the incident:

"Thank you for contacting Kohl's. Kohl's prides itself on its customer service and creating a welcoming experience for all customers. We take allegations of this nature very seriously.

We have apologized to the customer directly for her poor experience and have been in frequent dialogue with her, working toward a resolution."

Though Yolanda insisted she didn't shoplift, security guards kept her at @Kohls until police arrived. Once she was let go, she went back into the dressing room, "I found all my belongings still sitting in the fitting room." Hear from her here: https://t.co/9sRWdgAvS2 pic.twitter.com/pcCYhEWjkq

Montoya said that response is not enough. She posted about the situation on Facebook, asking for the men to be held accountable.

"My smiles you see are actually hiding the tears and anger I had and the pain I felt that someone like myself, a hard working mother of 4, a nurse and loving, caring woman of integrity and good character would be falsely accused of shoplifting based off of pure ASSUMPTIONS with no evidence whatsoever," Montoya wrote in her Facebook post.

Montoya's video has been viewed roughly 50,000 times. She said she's received several comments from people saying they have also been racially profiled, including some who say it has happened at that same Kohl's.

Melissa Borges is one of them. She told ABC7 News that she and her mother felt "threatened and unsafe for whatever reason due to the many employees hounding us within the premises treating us like thieves."

Montoya says this proves her situation is party of a larger issue of racial profiling.

She plans to take legal action against Kohl's.