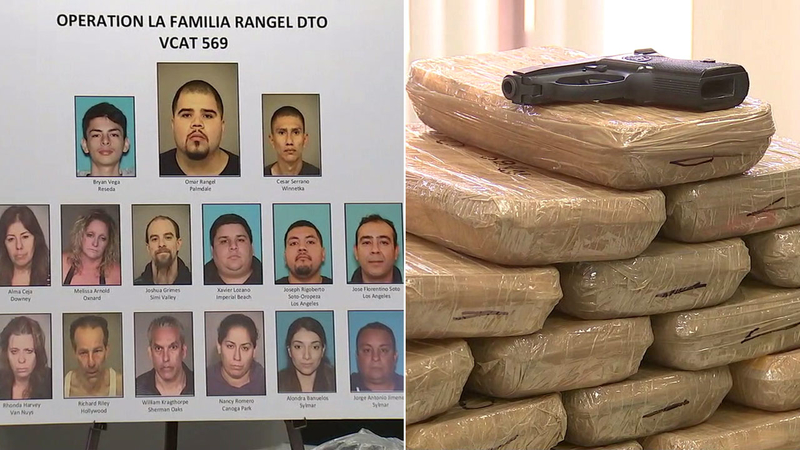 Photos of 15 suspects arrested were shown at a press conference held by the Ventura County Sheriff's Department.

Sheriff's officials said they are all from a Sinaloa cartel, some of them high-ranking members.

Join us on Facebook for a live stream today at 10:00 am where we will announce the details of an investigation that dismantled an international drug trafficking organization. pic.twitter.com/yFSb3b4Ld8

In addition to the arrests, they said they seized $10 million worth of drugs and substantial amounts of cash and weapons.

The drugs, they said, were destined for Southern California and parts beyond.

"They're importing meth, they're importing heroin and coke. They're supplying our streets with it and a lot of other streets," said Ventura County Undersheriff Gary Pentis. "This is an organization where the dope was coming straight from the Sinaloa area to storage areas in L.A. and then transferring from there. All this dope wasn't coming to Ventura County, just a portion of it, where we intersected it in a street-level case in its onset."