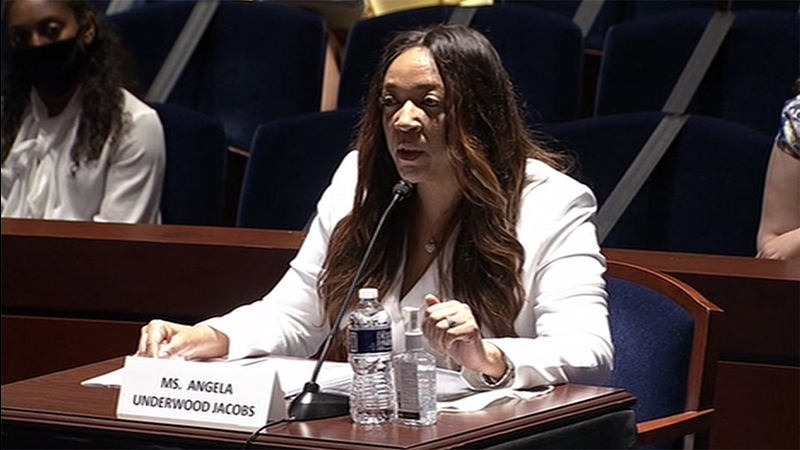 Sister of federal officer killed in Oakland testifies before House

WASHINGTON (KGO) -- The sister of a federal law enforcement officer who was killed in Oakland testified before the House on police brutality and racial injustice.

The House hearing comes a day after funeral services George Floyd, whose death has become a worldwide symbol in demonstrations over calls for changes to police practices and an end to racial prejudices.

Federal Protective Service Officer Patrick Underwood, 53, was shot and killed on May 29. Federal officials say Underwood was at the Ronald Dellums Federal Building on Clay Street when a vehicle approached. Authorities say someone inside the vehicle fired shots at Underwood.

Underwood's sister, Angela Underwood Jacobs, was one 12 people invited to speak to Congress about police brutality and social injustice on Wednesday.

"When those in the position of authority choose to abuse their power, that is the very definition of oppression. When innocent people are harmed in the name of justice no one prevails," Underwood Jacobs said.

"I'm here today to ask you to make it stop. Stop the pain," Philonese Floyd told the silenced hearing room.

Choking back tears, he said he wants to make sure that his brother, whom he called "Perry," is "more than another face on a t-shirt. More than another name on a list that won't stop growing."