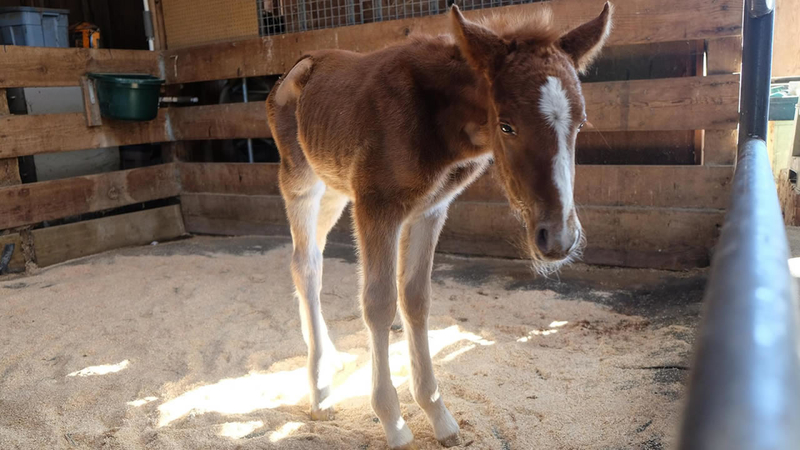 Teacher who started GoFundMe for rescued baby horse speaks out

FOSTER CITY, Calif. (KGO) -- For the past two days, ABC7 News viewers have joined the conversation on Twitter and Facebook about a foal that was rescued on Valentine's Day from the bottom of an East Bay ravine. The baby horse's story has touched thousands of people and illuminated heroes. 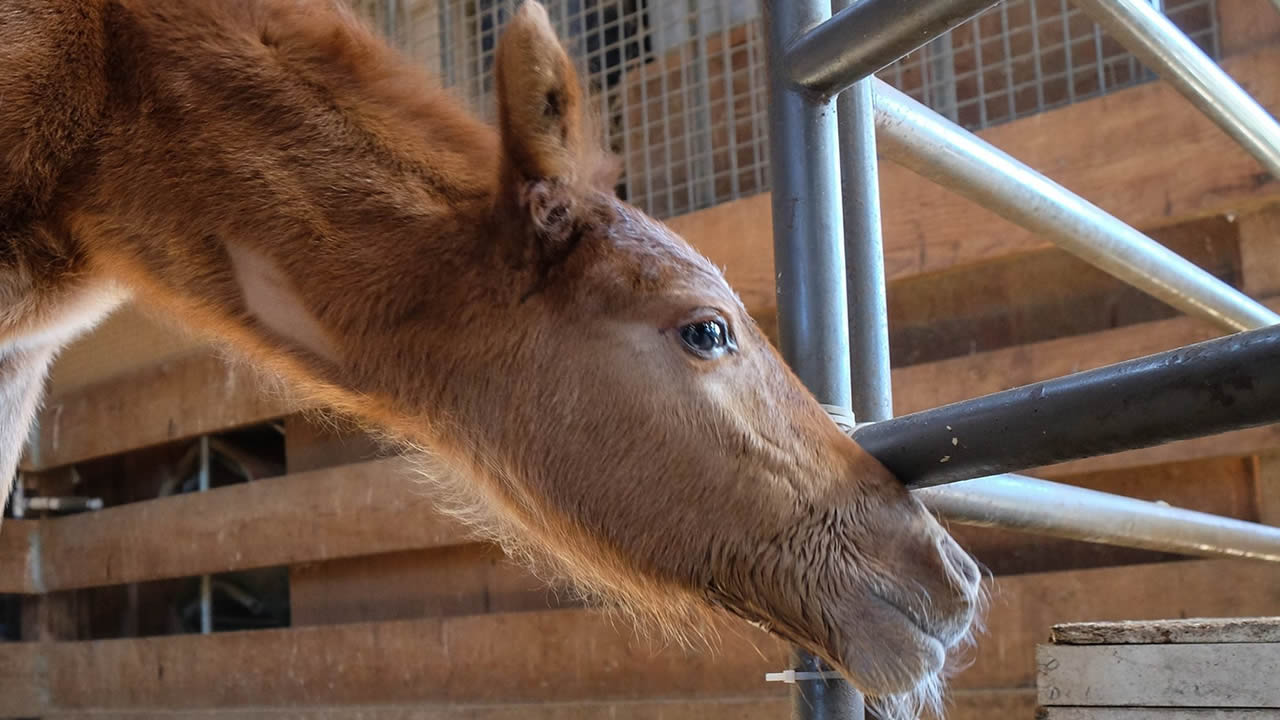 PHOTOS: Baby horse rescued from ravine in Fremont
A tiny 6-day-old horse that was rescued from a ravine on Valentine's Day in Fremont, Calif. is on the road to recovery. Thanks to generous donations, he was taken to UC Davis and looked over by veterinarians.

We do not yet know who owns the foal, but on Wednesday we met another of the hundreds who helped him.

"As soon as I saw the story I was just really moved by it," said Lisa Dellapietra.

The elementary school teacher saw the same story as many of you on Monday about a 6-day old foal rescued him from a creek at the bottom of a ravine in Fremont's Morrison Canyon. It had been there, shivering, for two days and nights with a broken hip.

#valentine improving rapidly after surviving two nights in a creek at bottom of ravine. pic.twitter.com/6WNxBeXUNW

"The vet was surprised he survived at all," said Sarah Cattaneo with Fremont Animal Services. It began two nights pretty much without sleep as she nursed Valentine while hoping to raise thousands of dollars for medical care.

In the meantime, across the bay in San Mateo County, Dellapietra set up a GoFundMe account that raised nearly $16,000.

With that money, Cattaneo took Valentine to the UC Davis Veterinary Hospital on Tuesday. She expected the foal to need emergency surgery. But after an x-ray and a CT scan, they got good news.

No surgery is needed, but there are still big bills just the same. And they have the money to pay for it.

In the meantime, Fremont police continue searching for Valentine's owner in and around Morrison Canyon. They do not suspect foul play. That owner has until Monday to claim him and might still get stuck with the bills when identified.

"If we can find the mother of this horse that really helps us," said one person.

Owner of #valentine has until Sunday to claim him or else horse becomes property of Fremont. pic.twitter.com/PHEMiT6Dz2

If no one steps forward, Valentine becomes the property of Fremont, which will then find him a home. And they already have plenty of offers, plus a benefactor.

"It has restored my faith in humanity," said Dellapietra.

Latest #valentine is? Owner not found it Fremont Police have ledes. pic.twitter.com/mbhy9IJnx4

#Fremont has already received multiple offers to take #Valentine, so named because she was rescued onthat day pic.twitter.com/rSrQE90hZJ

Have seen plenty of horses but no people, nor a mare looking for her lost #valentine. pic.twitter.com/GKEYOG9r5r

So who, u might wonder, raised the $15,233 for #Valentine and his medical care? Ready? pic.twitter.com/k76ljQ9rEi

Lisa Dellaprieta, a 4th grade teacher in Foster City raised the money in 18 hours. "I always wanted a horse." pic.twitter.com/wBAoK58aso

Donations for #valentine ranged from $5 to $2k. One little girl gave all of her $100 in savings. pic.twitter.com/Do07xFAgEU

Just found yet a 4th hero in this #valentine story. Crossing the bay to meet the person who raised the $15k in cash pic.twitter.com/HknJ3TXfqI