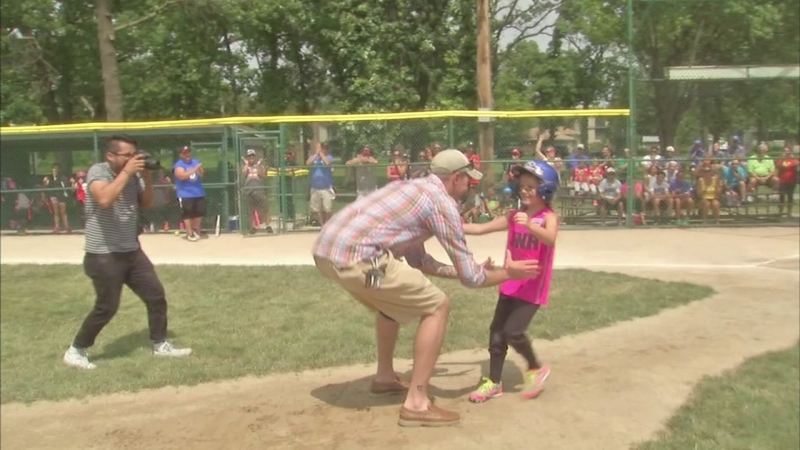 BROOKFIELD, Ill. -- A soldier father who returned from Kuwait surprised his 7-year-old daughter Sunday at her championship softball game in suburban Brookfield.

Staff Sgt. Adam Isdale, who hadn't been home since February, arrived just in time for the game.

He stood in as the pitcher as his daughter, Aubree, was at the plate.

When she recognized him, she threw the bat down and ran into his arms.

Aubree, who turns 8 this week, was completely surprised. For the rest of the game, she made several trips from the dugout to give her dad another hug.

Dad said it was the best hug he's ever received.

Isdale's wife and 18-month-old son were in on the surprise.

However, his mother was not.

Isdale has served for 12 years and been deployed to all the Middle East hot spots for months at a time. He is currently stationed in Hawaii, but his family had to stay behind in the Chicago area.