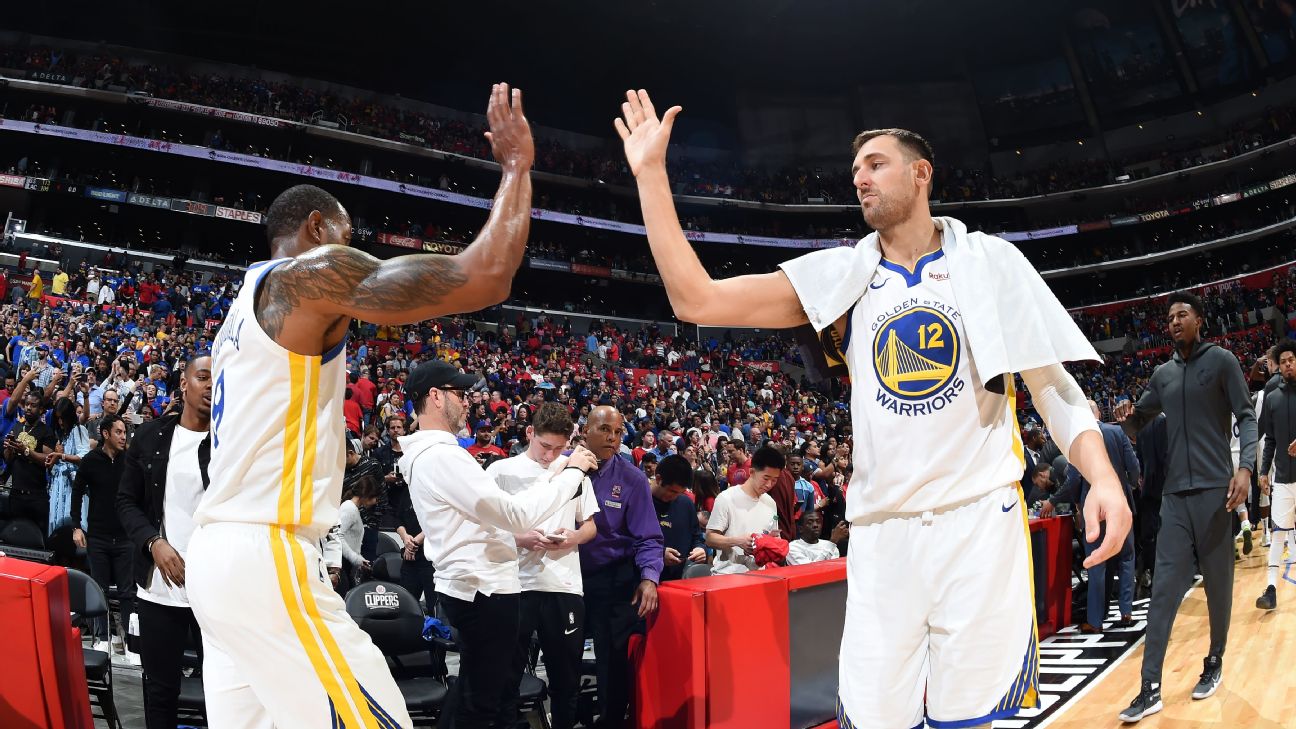 OAKLAND, Calif. -- Golden State Warriors center Andrew Bogut doesn't know exactly what his future will hold after this postseason, but he expects he'll go back to Australia and play in the National Basketball League again.

And if an opportunity arises leading up to next year's NBA playoffs for the 7-footer to rejoin a squad for a postseason run?

"I might've started a trend," Bogut said with a smile Tuesday after the Warriors' practice at their downtown Oakland facility, leading into Wednesday's Game 5 in their first-round series against the LA Clippers. (With a win, the Warriors can close out the series.)

"I'll listen," Bogut said of potential NBA offers. "It's not something I'm turning down, or it's not something that I'm accepting at this point. First and foremost, I'm wanting to get through this year, and then we can talk about the future. But if it presents itself again, it's a pretty ideal situation, especially in California. You come over, the weather's getting better, and hopefully you can compete for a championship again."

In March, after playing for the Sydney Kings, Bogut rejoined the Warriors, whom he played for during their 2015 title run and the season after when they won a record 73 regular-season games.

He has played a vital role in this postseason, especially since the Warriors lost starting center DeMarcus Cousins to a left leg injury. Bogut is averaging 5.5 points, 3 assists and 8.5 rebounds over 16.3 minutes of action in the Warriors' four games this postseason entering Wednesday.

"He looks amazing," Warriors forward Draymond Green said after Game 3. "It's been incredible to have him back, especially with DeMarcus going down. We're obviously still praying for DeMarcus. Wish him a speedy recovery. Hoping he can get back for this Finals run. But Bogut has been incredible for us."

On Tuesday, the 34-year-old Bogut said he didn't think he'd come back to the Warriors and struggle. "I know the system pretty well," he added.

But he also said perspective has come with having children in recent years.

"Different things are important now," Bogut said. "Like I said many times in the last couple weeks, just appreciating this opportunity and appreciating being in a situation to win an NBA championship was something I probably didn't enjoy as much the last time around."

"I think Andrew is in a really good place," Kerr said. "I think having a couple kids, going home to Australia and playing, I think he's just feeling really good about his life and his game. He's freed himself up. He's playing at a really high level."

In terms of his future, Bogut did say he plans to go back and play in the NBL next season, even if an NBA team wanted him to join its roster for the regular season.

"I really enjoyed being at home with the family," he said. "One or two games a week is great. This is the most important time in my kids' life -- 0-2, 0-3, you [make] impressions ... at that age and set them up for success or failure, in my opinion, from everything that I've read."

If he were to rejoin an NBA team for a postseason run, would he only pick, say, the Warriors -- or some other title contender?

"We'll get to that when we get to that," Bogut said. "I'm not sure. I might not even get an offer. I might not come back. I might want to hang up the boots at that point. Who knows?"

But Bogut said he'd like to stay involved in basketball, even if he's not playing it.

"I definitely want to get away from it for a little bit," he said. "I enjoy the mental side of it, as far as X's and O's, so I could potentially see me coaching. I don't think I could do the NBA coaching circuit until at least the kids are out of high school. It's a brutal schedule to do it for 20, 30 years. I can see myself possibly coaching in Australia."

He also reflected on the maturity of the Warriors now as compared to the beginning of their title runs when he was with the team back in 2015.

"I don't think we let losses affect us like we once did when I was here," Bogut said. "The pressure of that 73-win season, it felt like every loss was the end of the world, which was a good thing in a way, because we always bounced back. But at the same time, it could be a bad thing because it would be a very stressful few days. "

Regardless, Bogut is here now, and Warriors guard Klay Thompson said he would definitely like to have Bogut stay for good next season.

"I would like that, too, so I'm going to have to play poker with him the whole year because he's a pretty big shark," Thompson said Tuesday. "Other than that, I just enjoy his presence. He was here since my second year and he's a great teammate." 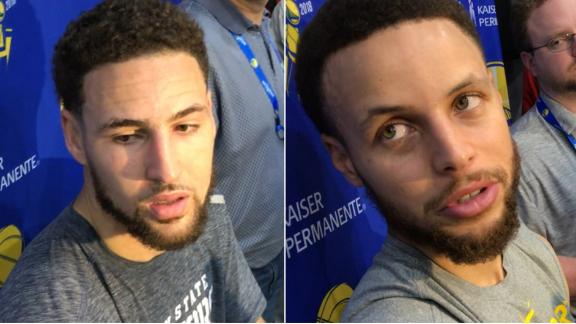