NBA: Curry should have fouled out in Game 1 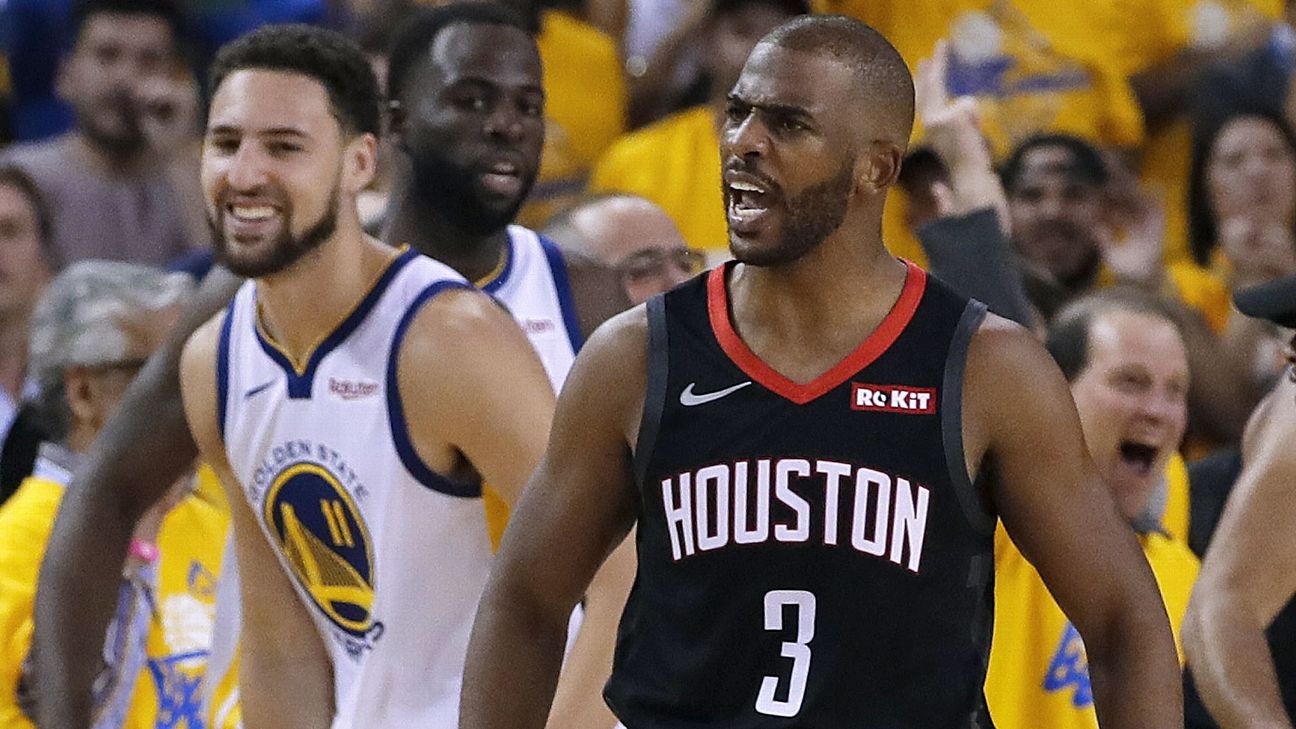 ESPN
By Brian Windhorst
SAN FRANCISCO -- The referees got two no-calls correct in the final seconds of the Golden State Warriors' 104-100 Game 1 victory over the Houston Rocketson Sunday, according to a review by the league.

But three calls that were deemed incorrect that went against the Rockets will only increase the furor from Houston, especially because the league ruled that Steph Curry should've fouled out with 1:10 left. Curry instead stayed in the game and hit a crucial 3-pointer with 24 seconds left.

The NBA's official last-two-minute report said that Curry got away with a personal foul on James Harden on a play that ended in a turnover with the Rockets down 100-95 when Harden stepped out of bounds after making contact with Curry.

"I don't have a reaction," Harden said Monday at the Rockets' practice. "It doesn't do anything for us now."

The Rockets have been frustrated with the officiating against the Warriors over the past two seasons and late Sunday leaked a detailed report on a litany of missed calls that the team had filed to the league office.

The officials did get it right on a potential tying 3-pointer by Harden with 10 seconds left that missed after Draymond Green challenged the shot. It was deemed to be a correct no-call. Harden landed on Green and fell to the floor.

Chris Paul secured the rebound but lost possession in a collision with Klay Thompson, which the league also determined to be a correct no-call. Paul was incensed by not getting the whistle and was ejected for "aggressively approaching and making contact with a referee," according to the league.

Paul had an interview with president of league operations Byron Spruell on Sunday night and claimed he didn't know he'd made contact with referee Josh Tiven until Spruell told him.

"I didn't even know why I got the second tech until I had the interview," Paul said. "If I did [make contact], it was incidental."

The league on Monday announced that Paul was fined $35,000 for what it called 'reckless' contact with a ref.

However, the league determined that Houston should've retained possession after Paul lost the ball and gotten free throws. Curry was deemed to have gotten away with another foul, this one on Eric Gordon, as he tried to get possession after Paul fumbled the ball with four seconds left. That also would've been Curry's sixth foul.

Like the earlier Curry call, that would've been a game-changing whistle.

The league also said officials missed a Thompson travel with 51 seconds left. He missed a jumper a moment later and the Rockets secured the rebound, effectively deeming that call unimportant.

"Yesterday ... I had a great pity party for me," Rockets coach Mike D'Antoni said. "I was by myself; nobody showed up but me. It's over. I felt sorry for myself and nobody helped me out. But I'll be fine, we'll be fine and it'll be a great game on Tuesday."

Warriors coach Steve Kerr also weighed in on the controversy.

"It's very, very difficult to officiate an NBA game," he said. "There's all kind of gray area. And, in the modern game, a lot of players have gotten really good at deception, creating contact. I don't remember people falling down on 3-point shots all the time when I played. It was a different rule. Once you released the ball, you were allowed to make contact, there was no foul. But the game has gotten -- there's so much deception as part of it, as part of the game, that's it's very, very difficult to officiate.

"But every coach in the league will tell you, you watch the tape afterward and you think, 'Man, we got screwed.' The reality is you get some, you lose some. The refs do the best job they can, and then you move on to the next game. So I'm disappointed this has become the whole narrative when it really should be about two great teams competing against each other. " 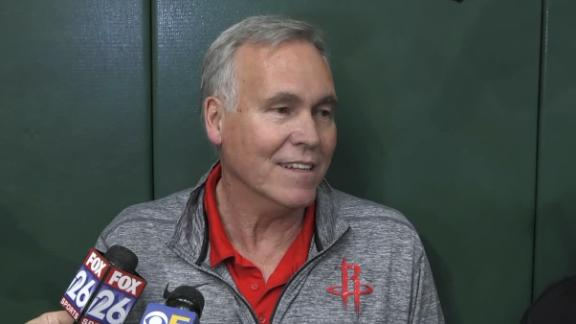 D'Antoni not dwelling on missed calls in Game 1
Rockets coach Mike D'Antoni understands missed calls are part of the game and is preparing his team for Game 2. 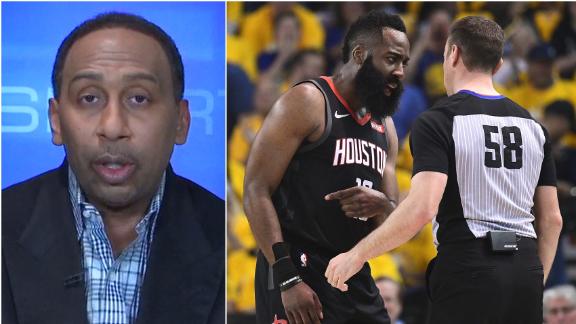 Stephen A.: Rockets should stop complaining
Stephen A. Smith says the Rockets' best plan of action is to be quiet, because the referees already appear to be annoyed with the Warriors.
Report a correction or typo
Related topics:
sportsespngolden state warriorshouston rocketsespnw sportsnba
Copyright © 2020 ESPN Internet Ventures. All rights reserved.
More Videos
From CNN Newsource affiliates
TOP STORIES