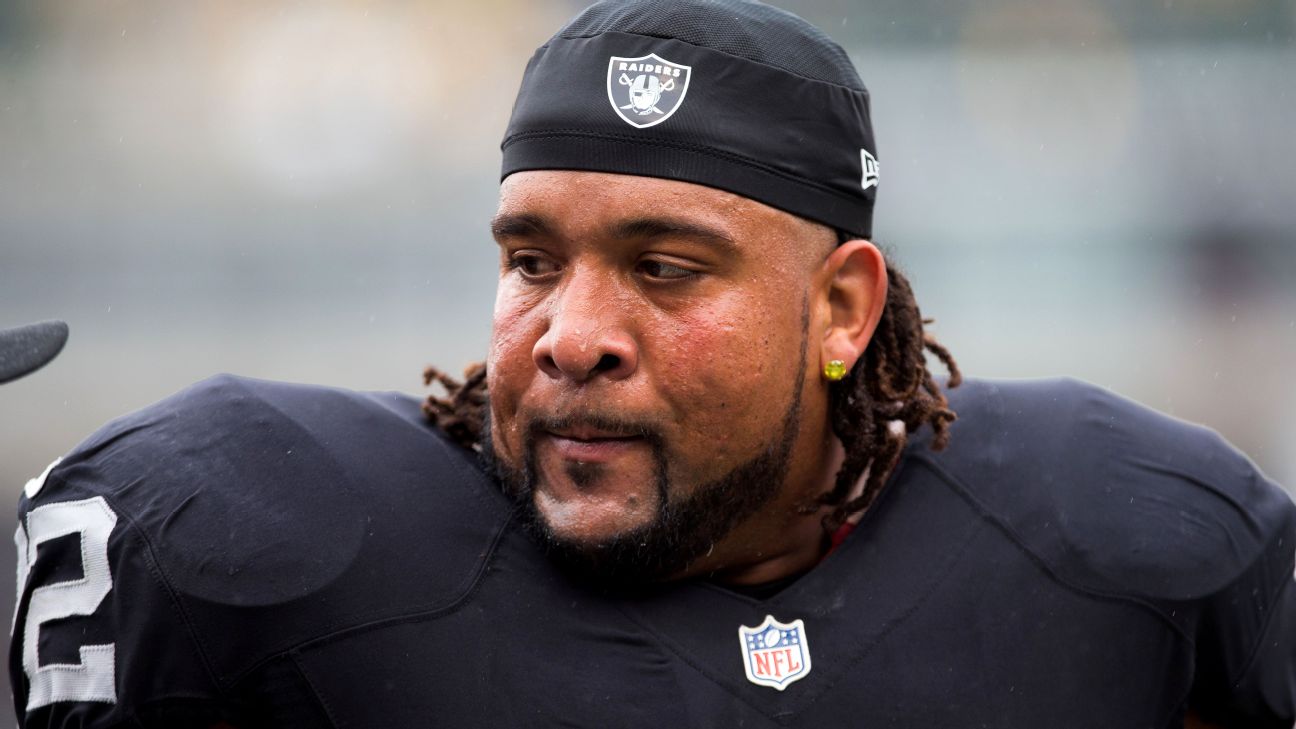 NAPA, Calif. -- Three-time Pro Bowl left tackle Donald Penn has agreed to a restructured contract with the Oakland Raiders, according to numerous reports, after the team requested a pay cut less than a year after giving him a two-year, $21 million extension.

Per the NFL Network, it is a "small pay cut," while the Las Vegas Review-Journal reported Penn will "receive more guaranteed money over the final two years in exchange for accepting new, team-friendly parameters."

Penn, 35, is on the physically unable to perform list after undergoing Lisfranc surgery on his right foot in December. Under his previous contract, Penn carried a salary cap number of $8.38 million for 2018 and was due base salaries of $6 million in each of the next two seasons. Per ESPN Stats & Information research, Penn was guaranteed $3 million this season with a $300,000 workout bonus based on six weigh-ins, with $50,000 per weigh-in.

Under the parameters of that contract, he was due a $1 million roster bonus on the fifth day of the league year in 2019 and his salary became fully guaranteed if he had 75 percent playtime in 2018.