Warriors limp into second round with little time to recover 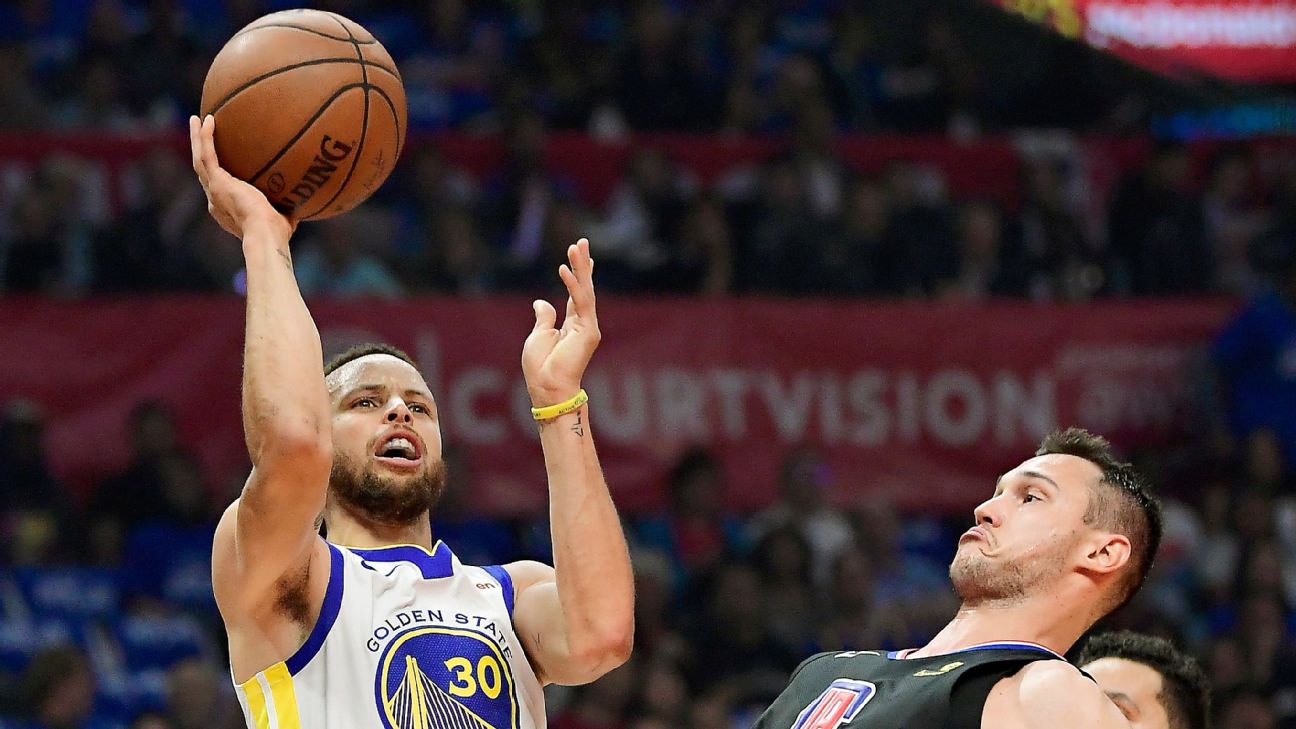 LOS ANGELES -- Stephen Curry emerged from the Golden State Warriors' locker room an hour after his team finally closed out the gutty LA Clippers 129-110 in Game 6 of a Western Conference first-round series that took more out of the defending champions than anyone expected.

Curry walked briskly past Warriors general manager Bob Myers, but his limp from a sprained right ankle in the first quarter was obvious.

"That's been our season," Myers said with a shrug.

Both Curry and Thompson said they'd be fine. But with fewer than 40 hours until Game 1 of the conference semifinals against the Houston Rockets on Sunday afternoon, there's little time to heal into anything close to whole.

This is the consequence of blowing the 31-point lead against the Clippers in Game 2 of this series and failing to close them out at home in Game 5 on Wednesday. Yes, the Clippers had something to do with each of those games, too. But if the ankle injuries to Curry and Thompson or extra energy expended in this series end up with real consequences in the next round, all history will remember is Golden State's penchant for uneven performances as the Warriors battle their own complacency and hubris.

That's been a constant battle for them the past two seasons. Each season feels longer until the playoffs finally begin. The slog of the regular season dulls the senses.

"The tenure of our run is challenging mentally and physically," assistant coach Bruce Fraser said. "I think everyone is a little tired. We've been at this so long. But I think the playoffs motivates us.

"And the Clippers got our attention. They're a really impressive team."

But will this series end up being the challenge that sharpens the Warriors into championship form as they prepare to face what many believe is the team that has the best chance of dethroning them?

No team has played the Warriors tougher in recent years than the Rockets. Including playoffs, Houston is 8-6 against them over the past two seasons, one of just three teams to have a winning record against Golden State. This season, the Rockets won three of their four games with Golden State.

Or will the extra mileage the Warriors accrued and dings they absorbed be the body blows that finally weaken them?

"They brought out our best," Warriors head coach Steve Kerr said of the Clippers. "One of the things that happens during the playoffs is you can sharpen your game against an opponent that forces you to do so. And so that's what I saw.

"Getting through it now, it's easy to say, 'Yeah, that was good for us.' It didn't feel good for us while it was happening. But they brought out the best in us and now we'll move on."

It was fitting, in a way, that Kevin Durant and Draymond Green came together to carry the Warriors to this win in Game 6. Durant had 50 points on 15-of-26 shooting from the field, becoming the sixth player in NBA playoff history with 45 or more points in consecutive games. Green finished with a triple-double of 16 points, 14 rebounds, 10 assists and four blocks.

According to Elias Sports Bureau research, the feat of Durant and Green marked only the third time in NBA postseason history that teammates had a 50-point game and a triple-double in the same game. The other instances were both in 1960, by former Philadelphia Warriors Hall of Famers Wilt Chamberlain and Tom Gola.

The Warriors' season -- and maybe their legacy -- still feels like it'll be defined by the way they responded to the argument between Green and Durant against these same Clippers back on Nov. 12. That argument, which began on the bench, spilled over and escalated in the locker room. It felt like a fracture that could derail this dynasty. It still might prove prophetic.

But on Friday night, the two men seemed as connected as ever on the court.

Fine enough to play together and win together, at least.

"They just love playing basketball and they want to win," Myers said. "They've been good for a while now.

"You do that when you have to, but also you move through it to get to a place where you are connected. Because it feels good to go through something together and come out the other side."

Twice this season, the Clippers have been the team that pushed Golden State into a gut check. Twice, the Warriors have come out the other side limping, but still standing.

"Honestly, this six games felt like it was two months in terms of all the adjustments and the emotional roller coaster," Curry said. "It tested us. They played amazing. Really made us have to raise our level of play." 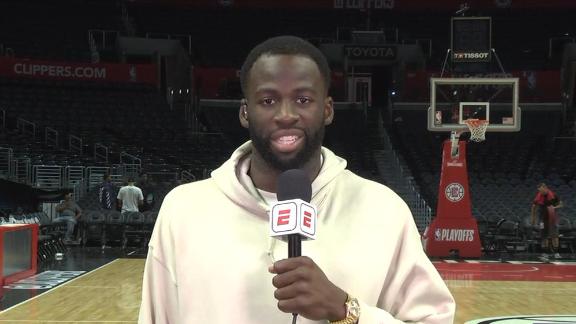 Draymond: Clippers prepared Warriors for Rockets
Draymond Green gives credit to the Clippers for playing tough and preparing the Warriors for their series against the Rockets. 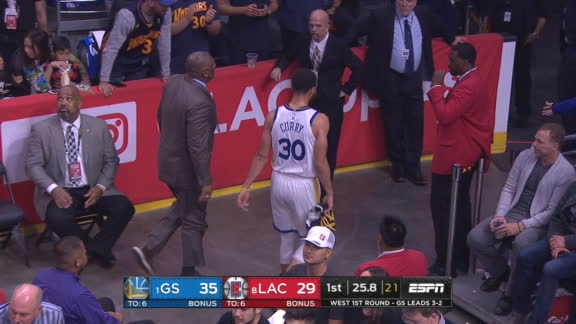 Curry rolls ankle, heads to locker room
Steph Curry rolls his right ankle with a little over 4 minutes remaining in the first quarter, he stays in the game but goes to the locker room at the end of the quarter.
Report a correction or typo
Related topics:
sportsespnklay thompsongolden state warriorsstephen curryla clippersnba
Copyright © 2020 ESPN Internet Ventures. All rights reserved.
More Videos
From CNN Newsource affiliates
TOP STORIES