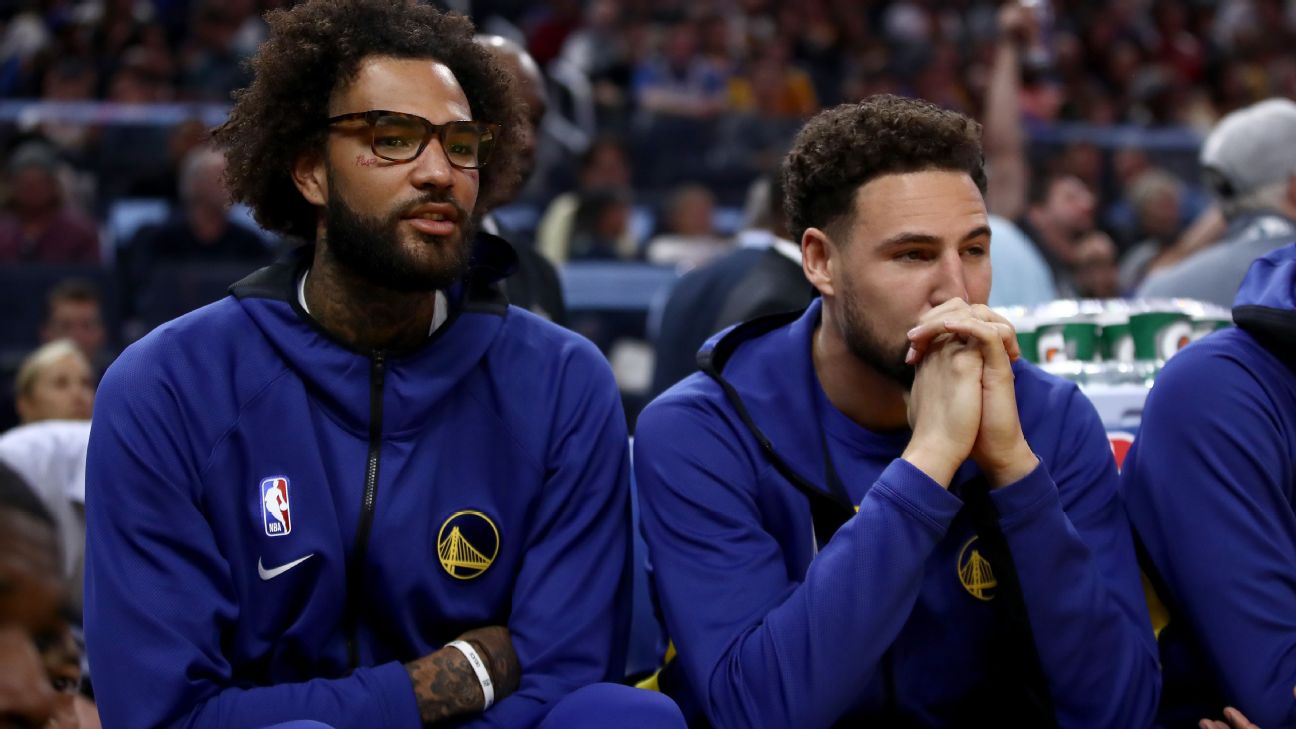 SAN FRANCISCO -- After saying during a recent interview that it was "unlikely"Klay Thompson would return this season as he continues to recover from a torn left ACL, Golden State Warriorscoach Steve Kerr acknowledged there's still a chance the All-Star swingman could return to action this season.

"My comment was very matter of fact," Kerr told reporters Tuesday. "It's just ACLs, generally they take nine to 12 months. So nine months takes us right to the end of the season. So I wasn't announcing anything; he's doing great in his rehab. It's still possible that he could play -- but I forgot with modern media that 'unlikely' is going to become a [story] on the ticker, 'out for the year' and all that stuff, so probably my mistake for opening my mouth. Not the first time I've gotten myself in trouble for doing that. But it's an ACL so if you just do your research with the history of ACLs he had surgery July 2nd, get a calculator, do the math."

In a recent interview with NBC Sports Bay Area that aired Tuesday, Kerr said that "realistically" Thompson, who tore his ACL in Game 6 of last season's NBA Finals, would miss the entire season. After the comment created headlines throughout the league, Kerr walked back that statement, leaving open the possibility that Thompson could still come back this season.

Thompson, who has been around the team throughout most of training camp, took shots with his teammates after Tuesday's practice. When reporters walked in and cameras started filming Thompson putting up shots, the veteran swingman looked frustrated as he realized all the focus was on his rehab.

"Klay's bored more than anything," Kerr said. "He's bored. He wants to play. He loves basketball so much. The good thing is he's starting to shoot as you see out here. He's starting to do more things, but we've had internal discussions, several of them in recent weeks, and we all understand the circumstances. Again, I probably opened up a can of worms yesterday with that comment ... but it's really not news. It's more reality. We'll leave the door open and we'll see what happens at the end of the year, but Klay's doing great."

Warriors general manager Bob Myers initially said during media day last month that Thompson would be out until at least the All-Star break, at which point an update on his status would be given.

The Warriors told ESPN's Stephen A. Smith on Tuesday that the plan was still for Thompson to be reevaluated at the break, as previously announced.

Kerr was asked Tuesday if the constant questioning surrounding Kevin Durant's potential return in last season's playoffs played any part in how the Warriors are handling the messaging surrounding Thompson's return.

"I think in general these days it's more difficult to get out ahead of the messaging on any issue," Kerr said. "And so you have to be careful, and like I said I probably made a mistake yesterday, but we're just handling it as we would handle any injury and he's doing great. Like we said in training camp, we'll have an update at the All-Star break."

Warriors center Kevon Looney said that the players haven't really thought much about Thompson's return. They want him to return whenever he feels comfortable.

"It's something that we really haven't talked about or thought about," Looney said. "An injury of that seriousness, you got to take your time and make sure. It's up to Klay to know when he's ready. Nobody's putting no pressure on him to have to rush back or come back. We just want to go out there and play and try to be the best that we can be. And if he comes back, great, and if he doesn't it's good as well. The most important thing is him getting healthy and be able to have a long career."