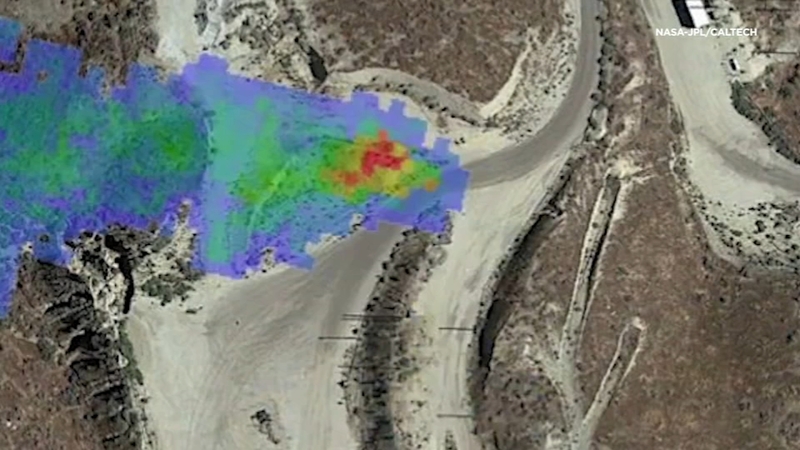 PALO ALTO, Calif. (KGO) -- A new study out of Stanford is highlighting the power of an airborne technology in fighting methane pollution.

It follows in the aerial footsteps of a state supported project called Carbon Mappe we told you about last year that captured images showing the chemical fingerprint of methane gas released into the atmosphere over California. In that project, researchers used airborne detectors employing sophisticated mass spectrometers to gather the data.

"It's been widely known that for a decade or so that a small number of sources are responsible for the majority of methane emissions," says Evan Sherwin, Ph.D., a researcher at Stanford's Department of Energy Resources Engineering.

A new study from Stanford is focusing its attention on the environmental costs of gas stoves.

In a recently released study, Sherwin and his team used their own airborne detection unit to measure methane released in an oil producing area of New Mexico.

By concentrating on the single area with repeated flights, Sherwin says they were able to generate data showing that more than 9% of the methane produced in the area was actually leaking into the atmosphere.

Researchers say the levels are far higher than average EPA estimates generated from ground measurements, with most traceable to a small number of so-called super emitters.

"What this really demonstrated by flying over tens of thousands of assets and over 15,000 kilometers of pipelines, just how true it is that a really small fraction of potential sources are responsible for most of the emissions," Sherwin explains.

The report comes just as the Biden era EPA is about to implement a new plan to will include aerial monitoring as part of their methane emissions reduction plan. A strategy that Sherwin and the Stanford team believe could pay huge dividends.

Bay Area environmental groups are closely watching a Supreme Court case they believe could have significant repercussions here in California.

"So a real benefit of these aerial surveys is that we can help find and quickly fix this relatively small number of sources that are contributing most of the emissions. That's not going to get us all the way to some of the environmental goals that we have, but it's a really big part of the puzzle," he believes.

The Stanford team captured the methane data over roughly a year and a half, and 115 flight days.