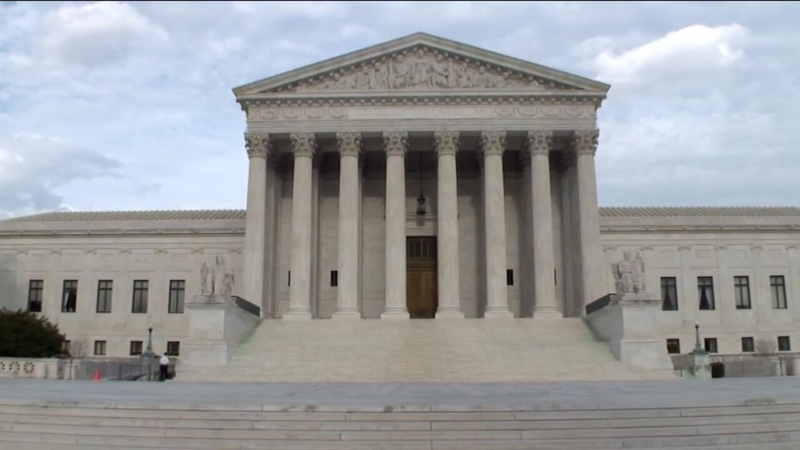 How Supreme Court case over EPA's authority could impact CA

SAN FRANCISCO (KGO) -- Environmental advocate David Lewis of Save the Bay believes the work of Environmental Protection Agency is critical for California and the health of the Bay Area's environment. He's concerned about a highly publicized case now before the United States Supreme court, that could potentially limit the EPA's power.

"Right here in the Bay Area, there are countless examples of how the Environmental Protection Agency has brought federal laws and federal enforcement to protect the health of people and to protect wildlife," Lewis points out.

Save the Bay has successfully fought shoreline development along a section of Salt Ponds near Redwood City -- A victory that he says hinged in part on the authority of the EPA.

"San Francisco Bay is a great example. Just recently, we won a court case that reaffirmed the Environmental Protection Agency has the right and duty to protect waters of the United States, including on the shoreline of the Bay. And that's, that's good for all of us," he argues.

But in the current Supreme Court case, coal power producers and the state of West Virginia have argued that the powers Congress delegates to the EPA are being used too broadly, pointing to a program to reduce carbon emissions during the Obama administration. Rather than regulating coal plants, it focused on incentives and targets states would need to meet to ensure clean air.

"And the argument that the states are making and that the coal companies are making is the authority to regulate systems is just the authority to make regulations about physical systems inside of coal plants. So that's the inside the fence argument. It's not the delegation of authority to overhaul power systems, how power systems work as a whole in the marketplace, in order to bring down carbon emissions," says Kathleen Morris, JD, a law professor at Golden Gate University School of Law in San Francisco.

Some legal observers believe a conservative ruling could dramatically challenge the role federal agencies have traditionally played in addressing problems like air and water pollution.

"Because it's not been the rule up to now. Congress has used broad language to delegate authority to agencies across the federal government. And the agencies have taken up that authority and put a lot of flesh on the bone as it were," Morris adds.

Some worry about scenarios that could directly affect California, if neighboring states and industries were able to more easily challenge federal regulations with targeted lawsuits.

"California is fortunate we have a big commitment to environmental protection, and we have our own strong environmental laws. But air doesn't respect state boundaries. And water doesn't respect state boundaries, we need federal laws to protect the things that people share, and that nature shares among states. So that's why it's important to have a Federal Environmental Protection Agency to protect all the waters of the United States, and all the air of the United States and the other resources that we all rely on," David Lewis believes.

According to legal experts we spoke with, the Supreme Court hearing is also somewhat unusual because the Obama era pollution program challenged by the lawsuit is no longer in effect.