WILLIS, TX -- Clean up continues in Texas' Montgomery County after a tornado touched down Saturday night. Several buildings were damaged, powerlines downed, and trees uprooted, but perhaps the area worst hit was a mobile home and RV park off Highway 75 in Willis.

Some of the first pictures after the tornado passed through showed power lines and trees wrapped together like twine and twigs along State Highway 75. 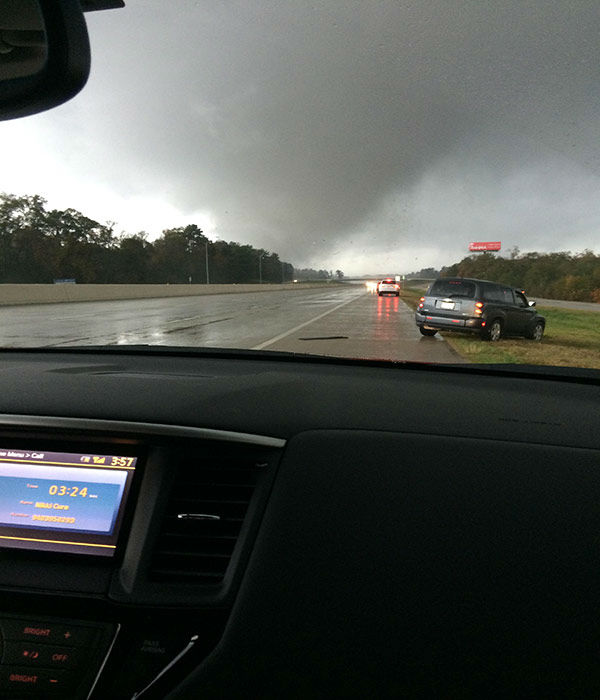 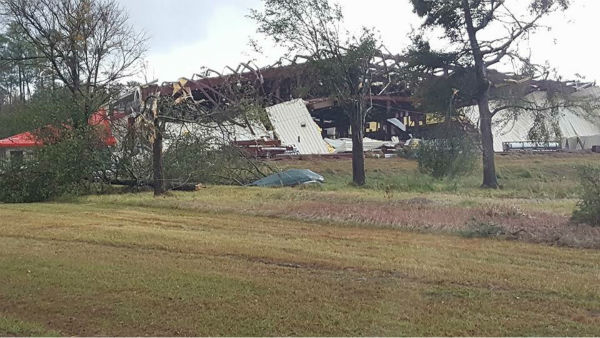 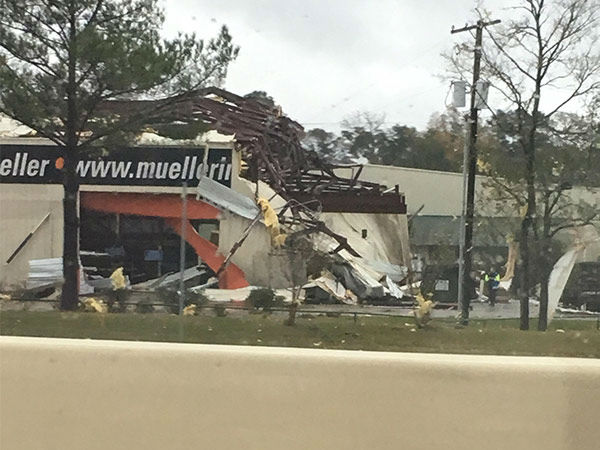 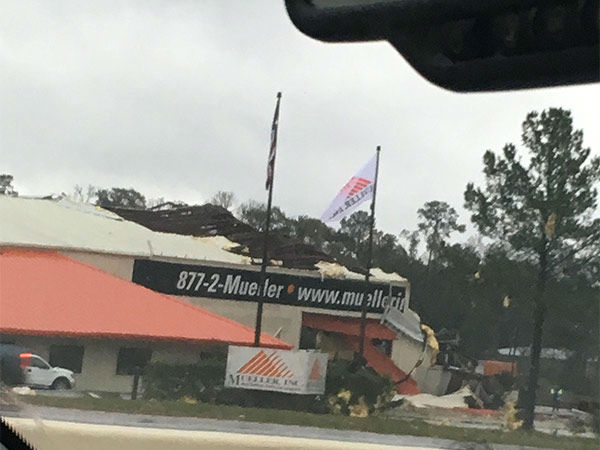 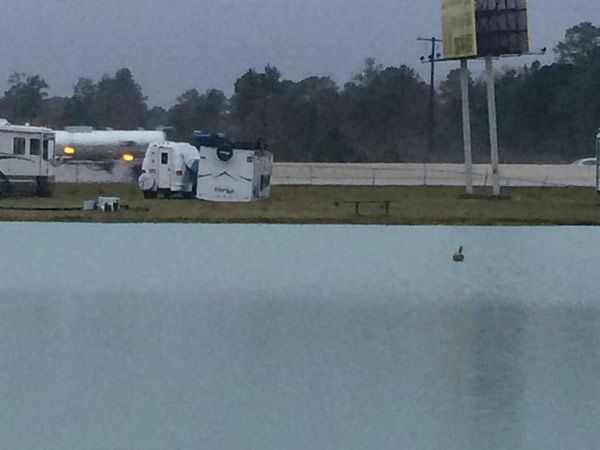 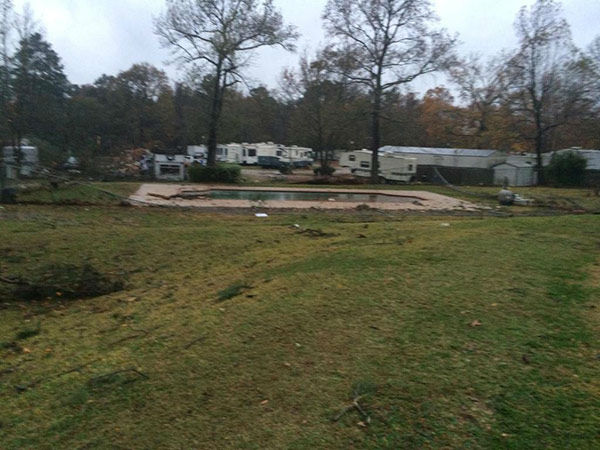 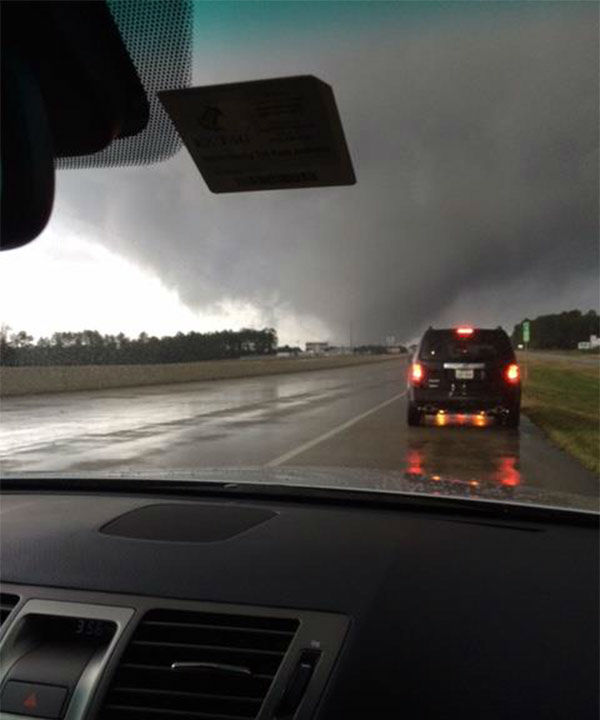 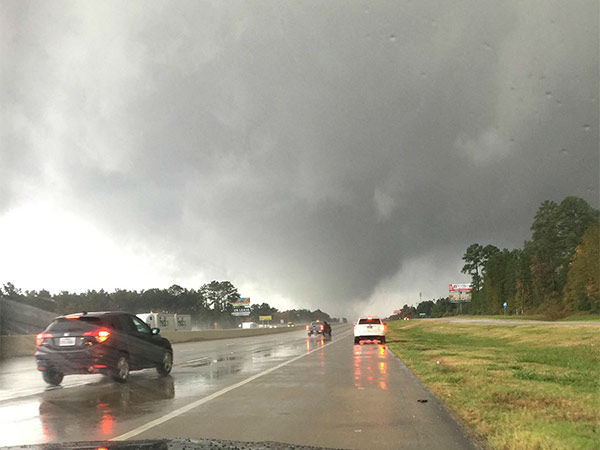 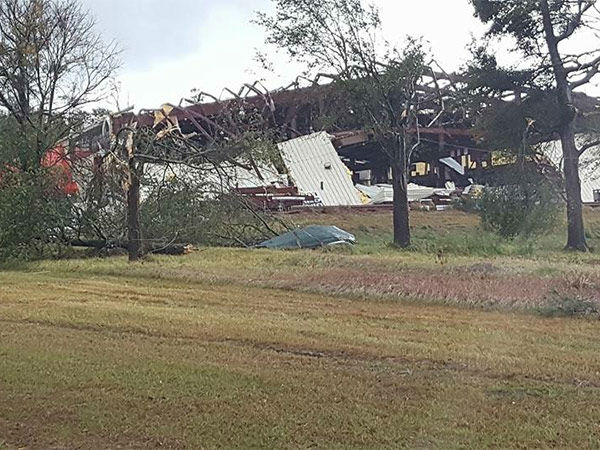 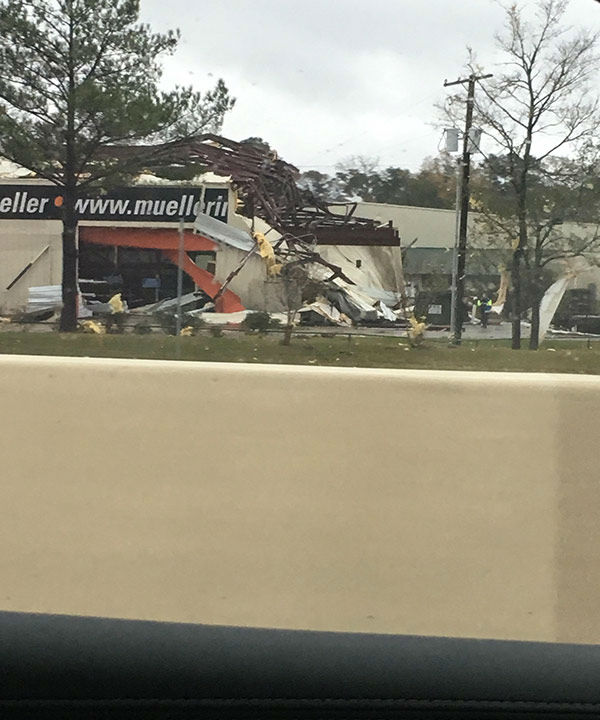 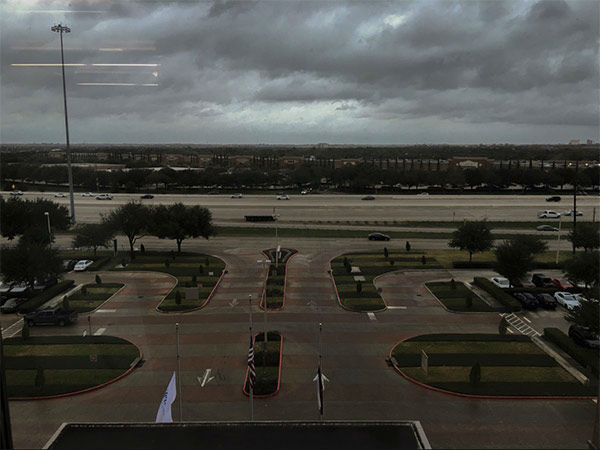 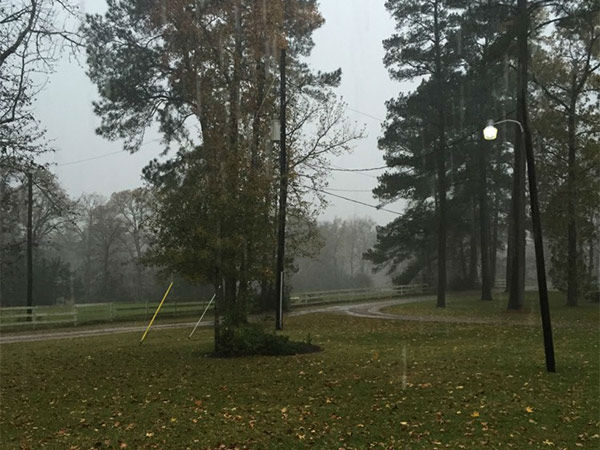 1 of 12
These are photos our viewers sent into Eyewitness News. If you have photos, email them to news@abc13.com or upload them using #abc13eyewitness
Photo/iWitness Photo

Ted Martin inspects his RV as friends chainsaw tree limbs poking through the windows. The home is a total loss.

"If it would've went 100 yards that way it would've destroyed a lot of trailers," Martin says, pointing through his neighborhood.

Pieces of siding and tufts of insulation litter the park.

"I'm just glad nobody was hurt," says Mark Meeker, who owns the property the homes sit on.

Meeker surveys the damage after sunrise Sunday. He's not sure how much the clean-up will cost.

Martin wasn't home when the storm hit. But his wiener dog, Fido, was inside the RV.

"How he lived through it I don't know," Martin said. "There was this pregnant lady who had him in her arms she said she saw him looking out the window."

About 100 yards from Martin's RV sits the Fish Pond Restaurant, where many people in the area hunkered down to wait out the storm.

"We had no electricity, we had a lot of people still in here and all my help was in here taking care of them," said Ronnie Wonzer, the restaurant owner.

The twister was also a story of a twist of fate for Forrest Harvey. Something told him to go to dinner with some friends tonight.

"We got up here to Calvary Road and we could see the tornado forming," says Harvey. As he ate dinner the storm tossed around mobile homes and RV's in his neighborhood. Harvey said, "I think the Lord was looking out for me. Otherwise I would have been in there."

Sheriff's deputies shut down roads in the perimeter, insulation hung from trees and metal was scattered at this roofing business.

As neighbor share storm stories and some figure out where they will spend the night, there is a shared sentiment here around Shepherd Hill Road.