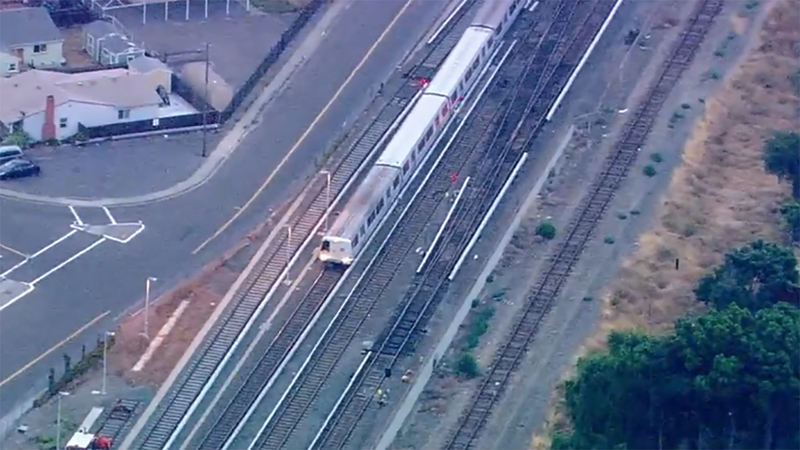 FREMONT, Calif. -- BART has recovered from major delays in several different areas of the system due to three major issues this morning, BART officials said.

The biggest issue in the system is on the Fremont line between the Bay Fair and Hayward stations, where a cracked rail emergency repair forced trains to single-track through the area.

A BART dispatcher said a test train has finished running through the area and both platforms of the Hayward station are now open as of 6:20 a.m.

RELATED: Good doggo stands up on BART to make room on busy day

A BART dispatcher said the latter two problems have since cleared and trains on both directions of the Fremont line are recovering from 20-minute delays.