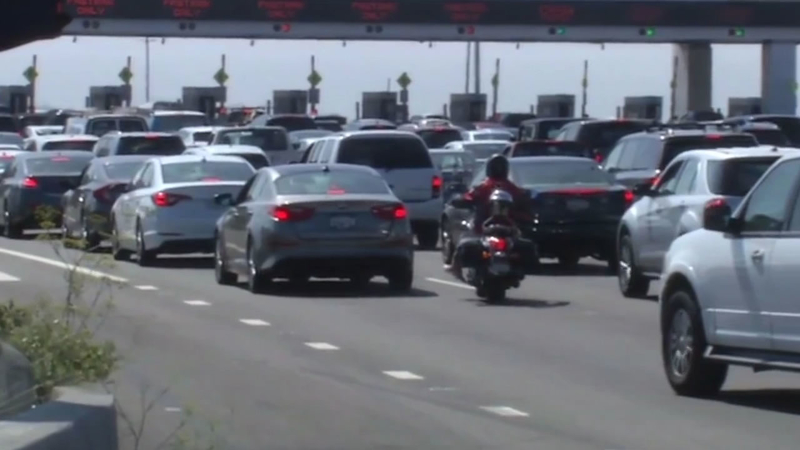 OAKLAND, Calif. (KGO) -- At least two people have died in motorcycle crashes over the last few days and data shows the over-all number of motorcycle accidents are on the rise.

One of those deadly accidents happened when a motorcyclists was riding between lanes. A controversial maneuver, lane splitting, is getting the attention of lawmakers. This is when motorcyclists zip between cars. California is poised to officially legalize it.

Assembly members passed a bill that would officially make it legal in California.

"It's not in the vehicle code right, so it's not legal and it's not illegal. It's sort of a gray area," Wilkenfeld said.

This would give law enforcement the ability to set guidelines like safe speed limits.

Tony Bartholomew, general manager of SF Moto, says he never goes more than 10 to 15 miles per hour faster than a car.

"The goal for me is to be visible. The most visible thing I can do in traffic is to split lanes," Bartholomew said.

The following are some of the motorcycle collisions in just the past few days: A crash on Interstate 80 in San Francisco, a deadly motorcycle crash in Milpitas, a motorcycle rider was hit and killed while lane splitting in Palo Alto Thursday, and a CHP officer was hospitalized after rear-ending a driver and flying off his bike.