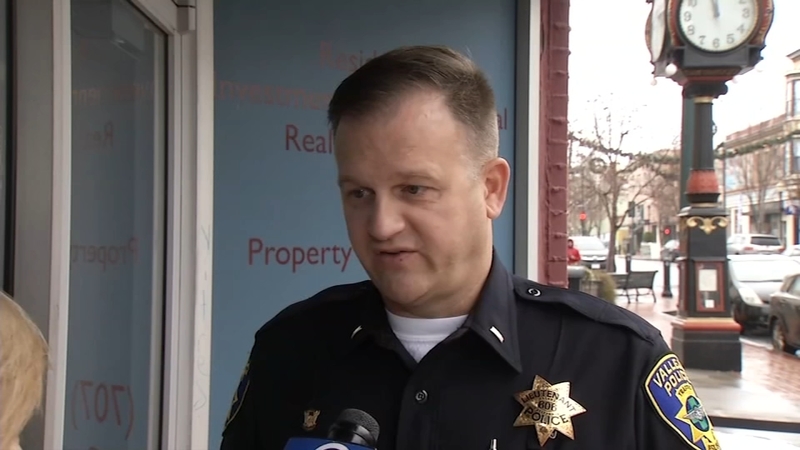 "Mike had challenged some of the chief's decisions on several matters as the President of the Police Officer's Association," said Mike Rains, Nichelini's attorney.

The first, sending an email to POA members that contained an image of an old Vallejo Police badge with what appeared to be a swastika.

"It was not done by Mike Nichelini as a symbol of hate advocating hate, advocating bias and prejudice, not at all," said Rains.

And sending a threatening email to former San Francisco Chronicle East Bay Columnist Otis Taylor after Taylor announced he was moving to Georgia to work as an investigative reporter for the Atlanta Journal-Constitution.

.@VallejoPd Chief Shawny Williams fired POA President Mike Nichelini for sending threatening email to @otisrtaylorjr & email to POA members with badge that appeared to have a swastika on it. Nichelini also suspended for 40 hrs w/out pay for filming @savage_esquire. Report at 6pm pic.twitter.com/8fVC2S2WjE

The email in part said, "We will warn our Georgia colleagues of your impending arrival."

At the time, Taylor spoke with the ABC7 News I-TEAM.

"To police, this threat of 'I'm going to call the cops on you,' police know exactly what that means," Taylor said in December of 2020.

"There's no proof that he intended to do anything, there's no threat there," said Rains.

A former Vallejo Police Department Captain is speaking out. Captain John Whitney claims in a new lawsuit he was fired for whistleblowing.

Taylor declined a new interview, but in a statement to the I-TEAM wrote, "This is a step toward repairing the decades of harm by the Vallejo Police Department, and I'm curious to see how the firing impacts the culture of the department."

On the same day Chief Williams fired Nichelini, Rains says he also suspended him without pay for 40 hours in connection with filming civil rights attorney Melissa Nold at a Vallejo City Council meeting.

A resident at the meeting shared a photo of Nichelini with the I-TEAM.

"I felt that it was targeted towards intimidation because it wasn't just that isolated incident he had been targeting me online." said Nold.

Rains says a police department internal affairs investigator did not find Nichelini had violated department policy, but that Chief Williams sustained the allegation on his own.

Prior to his firing, Nichelini was initially put on leave for authorizing the replacement of the windshield a Vallejo Police officer fired through June 2, 2020 shooting and killing Sean Monterrosa.

Rains says an investigation determined Nichelini did not authorize the windshield replacement. Instead, he says Chief Williams recommended another client of his, Lt. Fabio Rodriguez, be suspended for 40 hours without pay for the authorization.

"The window had been photographed extensively at the scene," said Rains.

Spokespeople for the City and the Vallejo Police Department said they could not comment on confidential personnel matters.