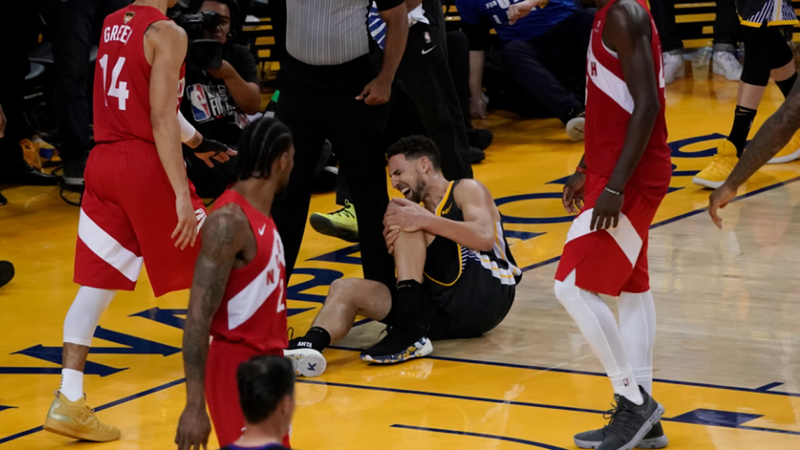 SAN FRANCISCO (KGO) -- The 2019-2020 NBA Season begins tonight, and it appears Warriors All-Star Klay Thompson won't be part of it.

Coach Steve Kerr says Thompson is unlikely to play this season as he recovers from the knee injury he suffered during the NBA Finals.

The 29-year-old Thompson underwent surgery to repair a torn ACL in his left knee in July.

It was believed he would play this year.