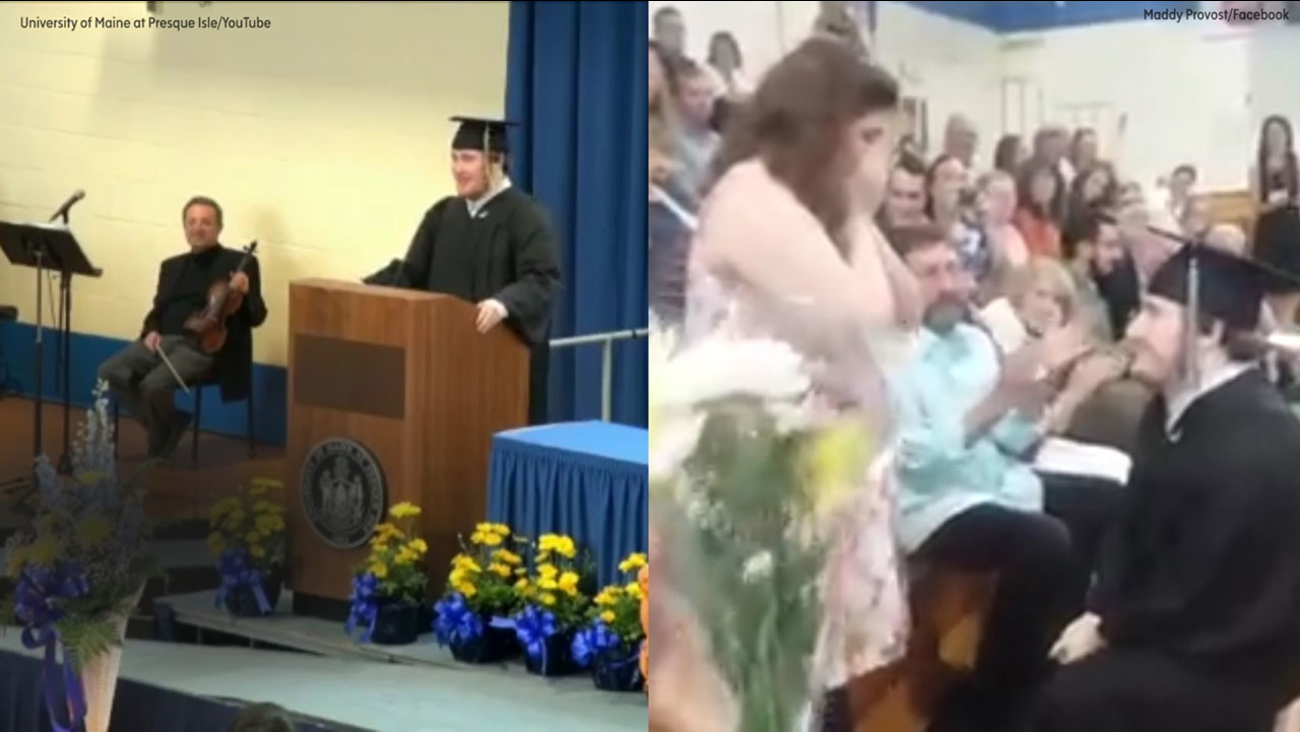 Timothy Babine (left) speaks at the podium during his graduation before proposing to Hayley Hamilton (right). (University of Maine at Presque Isle|Maddy Provost/Facebook)

Timothy Babine did more than walk across the stage when he graduated from the University of Maine at Presque Isle on Saturday.

Near the end of the ceremony, the Physical Education major was called to the podium for a special announcement. After congratulating his fellow graduates, Babine explained that he had an important question for a "special someone."

Babine had accomplished two of his goals, he explained: He graduated from college and got into Marshall University, his top choice for a Master's program. Now it was time to do one more thing.

"I can now finally do this last thing for this special someone that I've been with for at least a year and a half, and I want you all to witness it," he said before leaving the podium.

The crowd called out their encouragement and stood up for a better view as Babine made his way through the crowd to his girlfriend, Fine Arts major Hayley Hamilton. Hamilton said she was stunned speechless as Babine got down on one knee in front of everyone.

Hamilton nodded, let him slip on the ring and hugged her now-fiance.

"He said he was going to wait three years!" Hamilton said, according to the school. "I'm just so happy I'm shaking."

The college's president, Linda Schott, was in on the surprise. Officials at the school posted on Facebook that they were "over the moon" about the proposal.