NFL explains what kind of celebrations are allowed 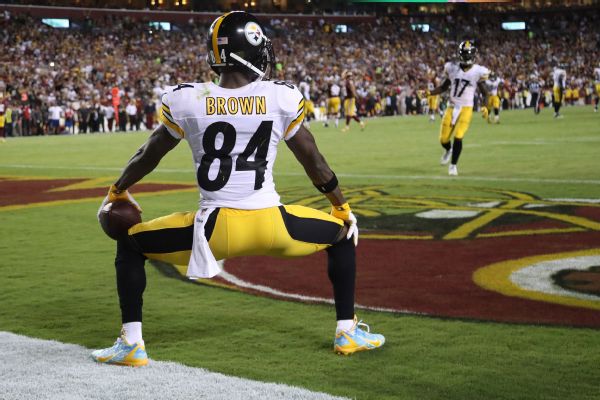 In a video sent to teams this week, NFL senior vice president of officiating Dean Blandino said the uptick in taunting and unsportsmanlike conduct penalties this season was meant to strengthen the example that the league sets for lower levels of football.

"The bottom line is that there's many, many kids out there that are NFL fans that are playing football," Blandino said in the video, "and they see our athletes and they mimic what they do. We wouldn't want some of these things out on the youth football field. We have a high standard in the NFL, and we're going to maintain that standard."

Through the first four weeks of the season, taunting penalties increased by 220 percent compared to the same period in 2015. All unsportsmanlike conduct penalties are up 55.6 percent, according to ESPN Stats & Information research. Pittsburgh Steelers coach Mike Tomlin said this week that he hoped to gain clarity from the league so that star receiver Antonio Brown could avoid penalties after being flagged (and fined) twice this season for sexually suggestive touchdown celebrations.

The video was part of a weekly video series the league produces for teams. The taunting/unsportsmanlike conduct content was identical to the video the league distributes to the public on Friday afternoons, a league spokesman confirmed.

Blandino, who says in the video that "sportsmanship and player safety are really the two top priorities in the game today," ran through a series of examples to explain what would and will would be penalized. He says the league is "not trying to legislate emotion out of the game" but wants to eliminate: