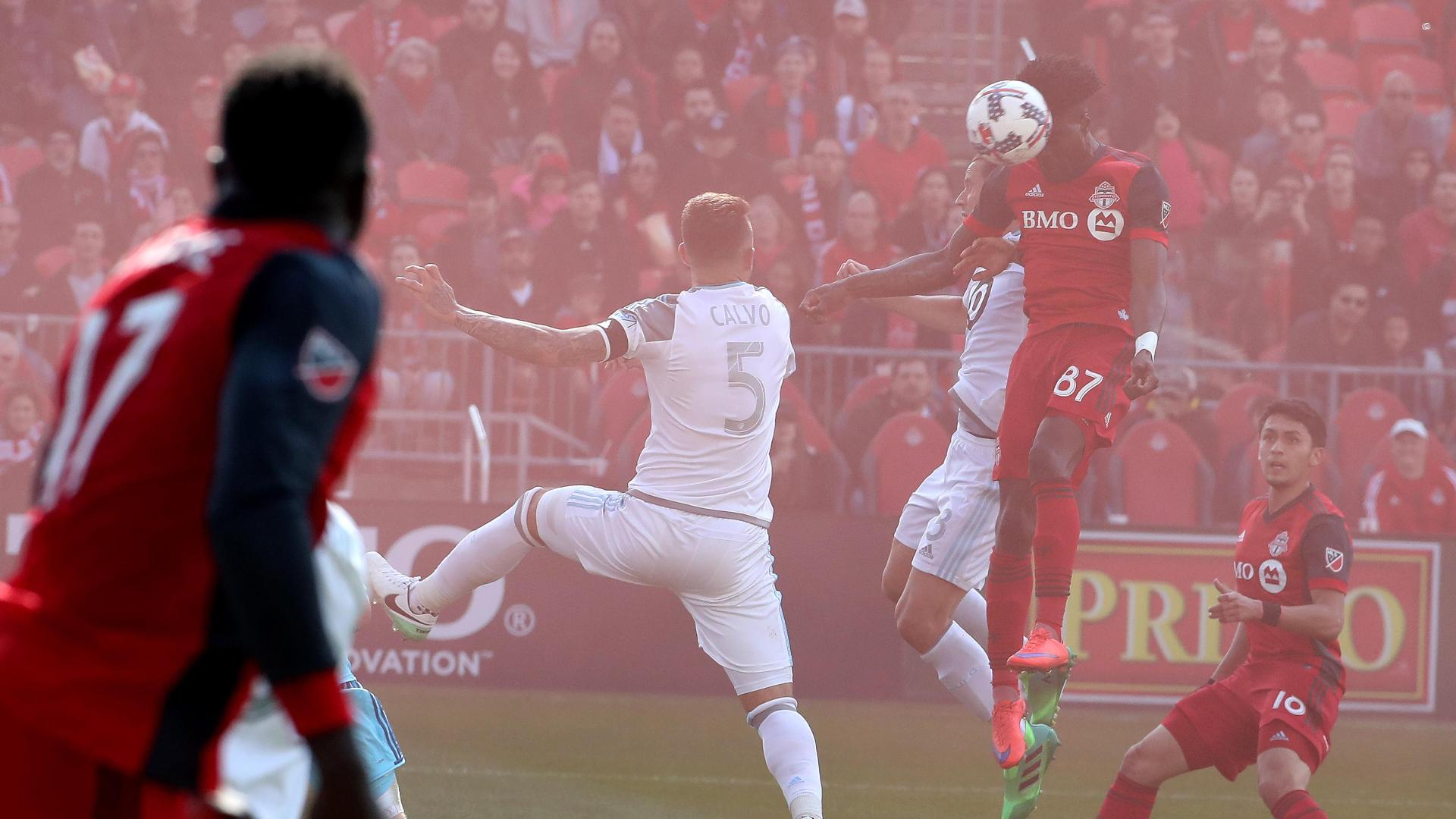 Altidore, who only came on as a substitute for the injured Sebastian Giovinco, bullied his way through the expansion club's defenders before delivering for Ricketts to head in the winning goal in the 77th minute.

Kevin Molino scored both of Minnesota's goals to twice erase Toronto's lead, but United could not find a third answer at MLS-leading Toronto.

Giovinco opened the scoring from the penalty spot in the 20th minute but the Italian, who has been dealing with a heel injury in recent weeks, left the game as a precaution just before halftime with tightness in his quad.

After Molino got Minnesota back level early in the second half, it only took two minutes for Toronto to retake the lead through an own goal from Christian Ramirez, who turned Michael Bradley's cross into the net while trying to hold off Chris Mavinga.

Minnesota equalized again when Molino followed up his own saved penalty in the 63rd minute, before Toronto found its winner.

The Chicago Fire were up to the task in front of a sell-out crowd in the MLS nightcap, beating Seattle Sounders 4-1 courtesy of aNemanja Nikolic brace.

Clint Dempsey had an early headed chance sail over the crossbar after Nicolas Lodeiro teed him up with a well-hit cross that was just a little too high for the Seattle captain.

Chicago's Nikolic forced a turnover from the Sounders defense and was free in on goal, but his right-footed shot was expertly blocked by Stefan Frei in the Seattle goal.

Bastian Schweinsteiger set up Michael de Leeuw with a lovely cross in the 15th minute, and the Fire midfielder made good contact with his headed shot, but it went right to Frei.

The Fire went ahead in the 25th minute from the penalty spot after a controversial sequence. Nikolic was fouled in the penalty area by Tony Alfaro and the referee immediately pointed to the spot. Chicago's David Accam stepped up to take the penalty, but his attempt was saved by Frei. However, the Seattle keeper was whistled for coming off his line too early and Chicago got another try, which Nikolic blasted into the back of the net.

Seattle wasted no time levelling the score. Minutes later Dempsey picked up a pass 25 yards from the Chicago goal, took one touch and fired an unstoppable left-footed shot past Matt Lampson in the Fire goal.

The Fire doubled its lead 15 minutes into the second half from an excellent team move that ended with David Accam firing home a second-touch shot past Frei to make it 2-1.

Nikolic nearly had his second, after Accam sprang him in the Sounders penalty area, but his well-struck shot smashed into the side netting.

And the Fire would find its third goal in the 73rd minute, with a curling ball into the area skipping to Luis Solignac, whose first-time volley deflected off Alfaro and into the back of the net.

The hosts weren't done, though, as Nikolic made the most of a chance following a goalmouth scramble to net his second of the match and his team's fourth to make it 4-1 in Chicago's favor.

Justin Meram completed the first hat trick of his career in stoppage time to helpColumbus Crew SC hold off the Montreal Impact 3-2.

Meram scored twice in the first half after Montreal defenders sent poor clearances directly into his path.

Montreal struck back to equalize after the break, scoring first throughIgnacio Piatti before substitute Anthony Jackson-Hamel tied it with a header.

But Columbus came away with all three points when Meram played a one-two with Niko Hansen on a counter-attack for his seventh goal of the season.

The Philadelphia Union took advantage of a Luciano Acosta red card to earn a second straight win, 4-0 at D.C. United.

Until last week's win over the Red Bulls, the Union hadn't tasted victory since August, and Saturday's result moved them off the foot of the Eastern Conference, above Montreal on goal difference.

Haris Medunjanin put Philadelphia ahead with a shot from distance that Bill Hamid should have saved, and it only got worse for D.C. whenAcosta was sent off for a two-footed tackled in the 54th minute.

Oguchi Onyewu headed in his first goal since 2014, when he was with Sheffield Wednesday, to make it 2-0, before Fafa Picault made it 3 with a shot from the top of the box, and Fabian Herbers took a first-timed shot to complete the rout two minutes from time.

Shkelzen Gashi scored twice to help the Colorado Rapids beat the San Jose Earthquakes 3-0 and end a run of seven games without a win.

The Rapids won for the first time since the opening day of the season but remained bottom of the Western Conference.

After Alan Gordon missed an open net with a tap-in in the early stages, Gashi provided the lead on the half-hour by turning in Mohammed Saeid's corss.

Dominique Badji doubled the Rapids' lead 15 minutes later after dispossessing Anibal Godoy in midfield and running in on goal, before Gashi found his second 10 minutes into the second half when Badji fed him with a through pass while seated on the pitch.

Latif Blessing scored twice as Sporting Kansas City became the first team to come away from Orlando City's new stadium with a point in a 2-2 draw.

The Lions had won all five of their home games to open the season, but fell behind after just nine minutes whenBlessing was on hand to tap home following Gerso's dangerous cross.

But Orlando soon turned it around, first equalizing with Cyle Larin's volley, before Kaka showed remarkable control to chest down the ball and slot home to give the hosts the lead.

However, Sporting KC found a 73rd-minute leveller as Gerso ran past a defender on the edge of the box and fed Benny Feilhaber, whose shot was saved, only for Blessing to again tap home the rebound.

The New England Revolution compounded Real Salt Lake's recent struggles with a 4-0 rout after scoring all their goals in the first half..

RSL have now four straight games and fell behind straightaway asScott Caldwell put the hosts in front in just the fourth minute after Diego Fagundez did well to shake a defender on the wing before crossing.

Kei Kamara headed home following a corner to make it 2-0 in the 18th minute, and Fagundez added a third by tapping inKelyn Rowe's short cross.

Lee Nguyen got in on the action with a shot from 15 yards in the 41st minute as New England ended a run of five games without a win. 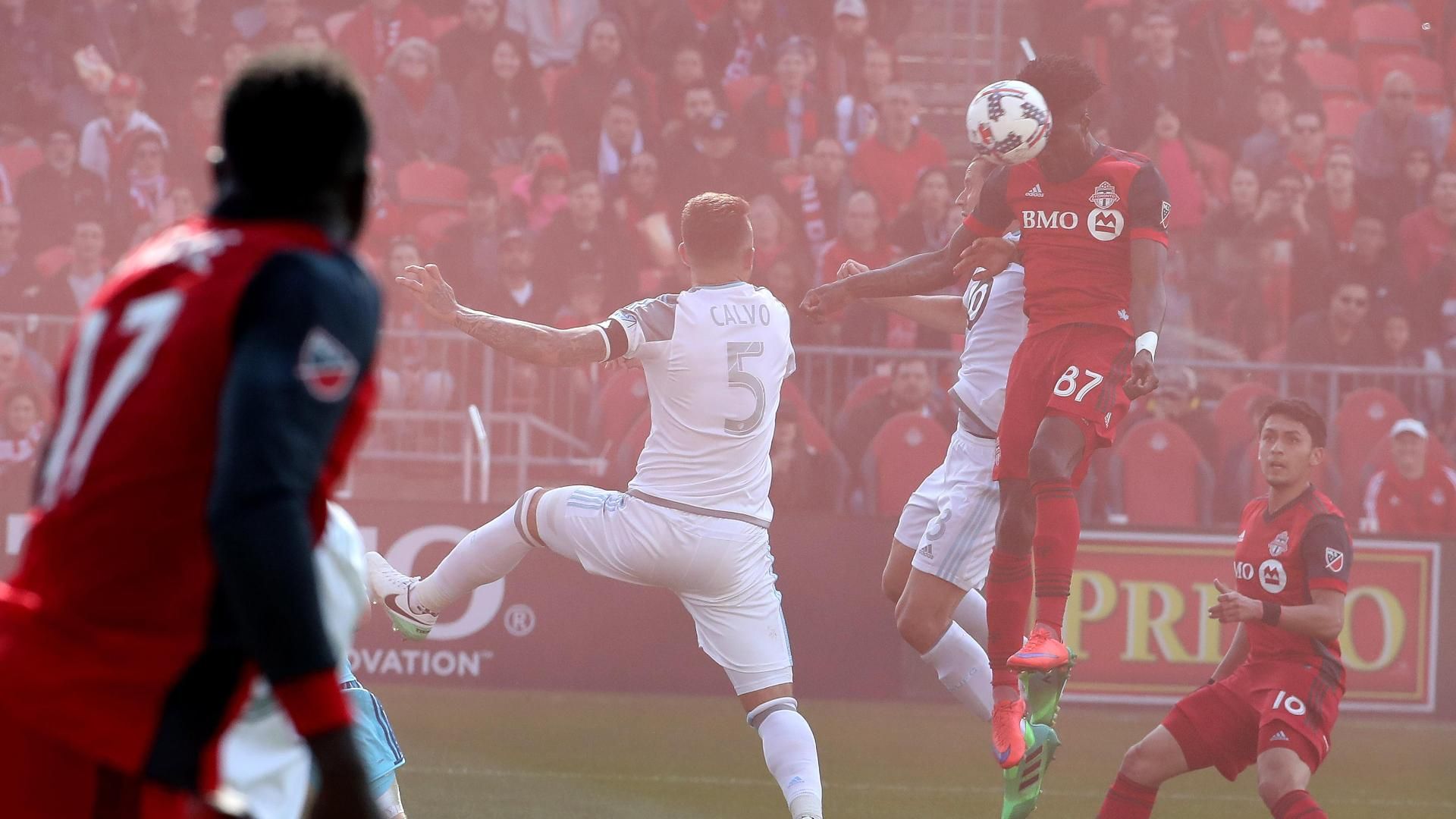 D.C. United 0-4 Union: Philly rampant in D.C
The Philadelphia Union thoroughly outplayed a lackluster D.C. squad, who were down a man much of the second-half. 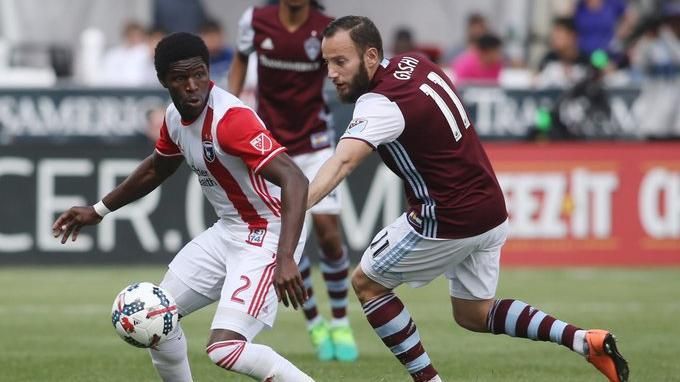