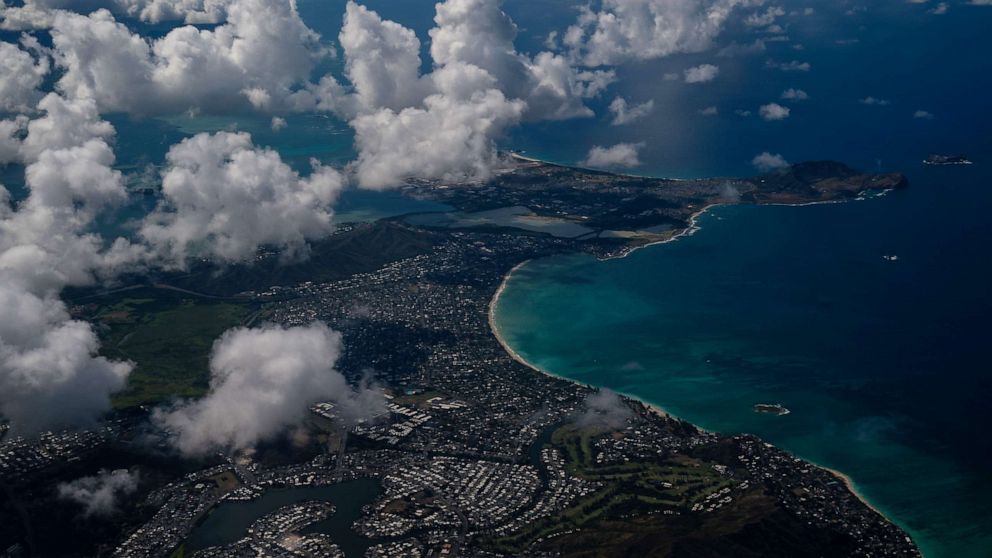 Two pilots are alive after their plane crashed several miles off the coast of Oahu, Hawaii, following an emergency, according to the Hawaii Department of Transportation.

The Transair Boeing 737-200 cargo plane was en route to Maui fromHonolulu when the pilots reported that one engine was down and they were having problems with the second, officials said. Around 1:46 a.m. local time the pilots lost their second engine and notified the Federal Aviation Administration that they were going down.

One pilot, a 58-year-old man, was hospitalized in critical condition, according to the Honolulu Fire Department.

The second pilot, who is 50, suffered a head injury and multiple lacerations, and was hospitalized in serious condition, according to Honolulu EMS.

The U.S. Coast Guard arrived at the scene of the crash within minutes of the call to them, but roughly an hour after the crash, the agency said.

The Coast Guard said rescuers were dealing with 17 mph winds, and even with night vision goggles it was extremely dark. By the time they arrived, there was a large oil slick in the water and lots of debris around the crash site.

At that time, they saw one of the cargo plane's pilots on the tip of the downed air plane waving his hands, and the other pilot bobbing in the ocean on a cargo load.

The Coast Guard said the intention was to rescue the pilot floating on the cargo first, but within seconds the tail of the plane began to disappear so they deployed a rescue swimmer to help the pilot who had been on the tail.

"It is extraordinary that both of the pilots survived this, because it was the middle that night," said ABC News contributor and retired Marine Col. Steve Ganyard. "They were trying to ditch with no engines and no lights ... not [able] see the tops of the waves."

The cause of the crash was not immediately clear.

The National Transportation Safety Board said it's sending 10 investigators to the scene.

According to FlightRadar 24, the flight was only in the air for 12 minutes before the pilots were forced to ditch the jet in the Pacific Ocean.

"We're gonna lose the other engine, it's running very hot," the pilot was heard saying on air traffic control audio. "It doesn't look good out here -- you might want to let the Coast Guard know."

It appears the plane sunk, the Coast Guard said.

Ganyard said it's "highly unusual" for an aircraft to lose both engines "and to do it so quickly in sequence."

The plane involved is more than 40 years old, according to FAA records, and very few are operating today. Ganyard said NTSB officials will look at the plane's age and maintenance records.

Boeing said it's monitoring the situation and is in contact with the NTSB.

Transair said in a statement, "We are working with the Coast Guard, the FAA and NTSB to secure the scene and investigate the cause. Our most immediate concern is the care and recovery of our colleagues."