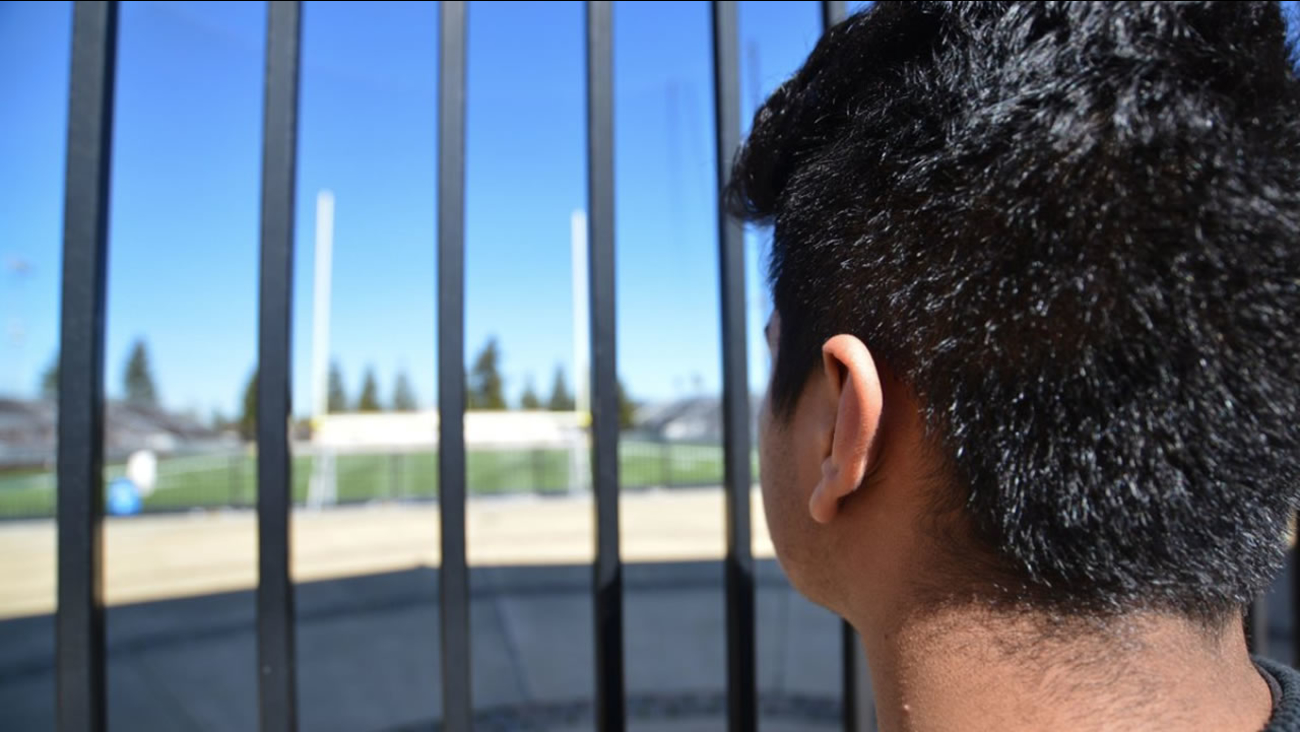 A student stares through the locked gate to the football stadium at Napa High School on Friday, May 19, 2017 in Napa, Calif. (KGO-TV)

NAPA, Calif. (KGO) -- The Napa County District Attorney's Office tells the ABC7 I-Team that they plan to make an announcement Friday about whether criminal charges will be filed against 14 students and one coach connected to the Napa Valley High School hazing investigation.