KGO
By Lyanne Melendez
by Lyanne Melendez (KGO) -- Monday President Barack Obama honored two accomplished artists from the Bay Area --a well-known writer and a world-famous singer. Maxine Hong-Kingston and Linda Ronstadt received the National Medal of Arts at the White House. Both of these artist have impacted a lot of people's lives.

It was clear President Obama enjoyed engaging with writer Maxine Hong-Kingston, often described by many as a jovial and witty person. Those who know her well say she helped us understand the Asian-American identity.

Bay Area writer Amy Tan says Hong-Kingston was her mentor. Tan said, "Maxine is first of all, the first person to ever write about the immigrant experience of the Chinese American. People think it was me, but it was really Maxine."

Hong-Kingston wrote three novels and several works of non-fiction. Most of her papers are kept at the Bancroft Library at UC Berkeley. She was also a professor in the English department.

"She wanted her students to know that if you are going to communicate, you have to communicate with deliberation and great thought to get the message across properly," Peter Hanff from The Bancroft Library said.

Music journalist Ben Fong-Torres says Ronstadt was never afraid to step out of her comfort zone. He told ABC7 News, "One did not need to be boxed in. You didn't have to be just a pop star, that you could explore other areas of music and do more than credible job."

In a recent interview with ABC News, Ronstadt spoke candidly about living with Parkinson's disease. In a 2013 interview, she said, "When I wake up in the morning, I can walk and I can talk, so it's a good day because there will come a time when I won't be able to do those things."

During the ceremony, officials said she was being awarded the medal because "Ms. Ronstadt defied expectations to conquer American radio waves and helped pave the way for generations of women artists."

The National Medal of Arts was given to 11 prominent Americans. 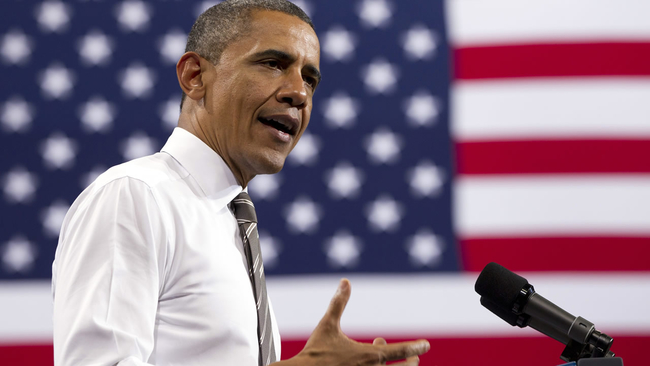