Bay City News
By David Louie
SAN JOSE, Calif. -- Firefighters knocked down a five-alarm fire that destroyed one home and damaged another in San Jose on Wednesday, a fire captain said.

San Jose fire Capt. Cleo Doss said firefighters responded at 11:23 a.m. to a fire at a two-story home in the 4300 block of Hampshire Place.

Doss said firefighters arrived at the scene to find one residence engulfed in flames and the fire threatening to spread to two other homes. 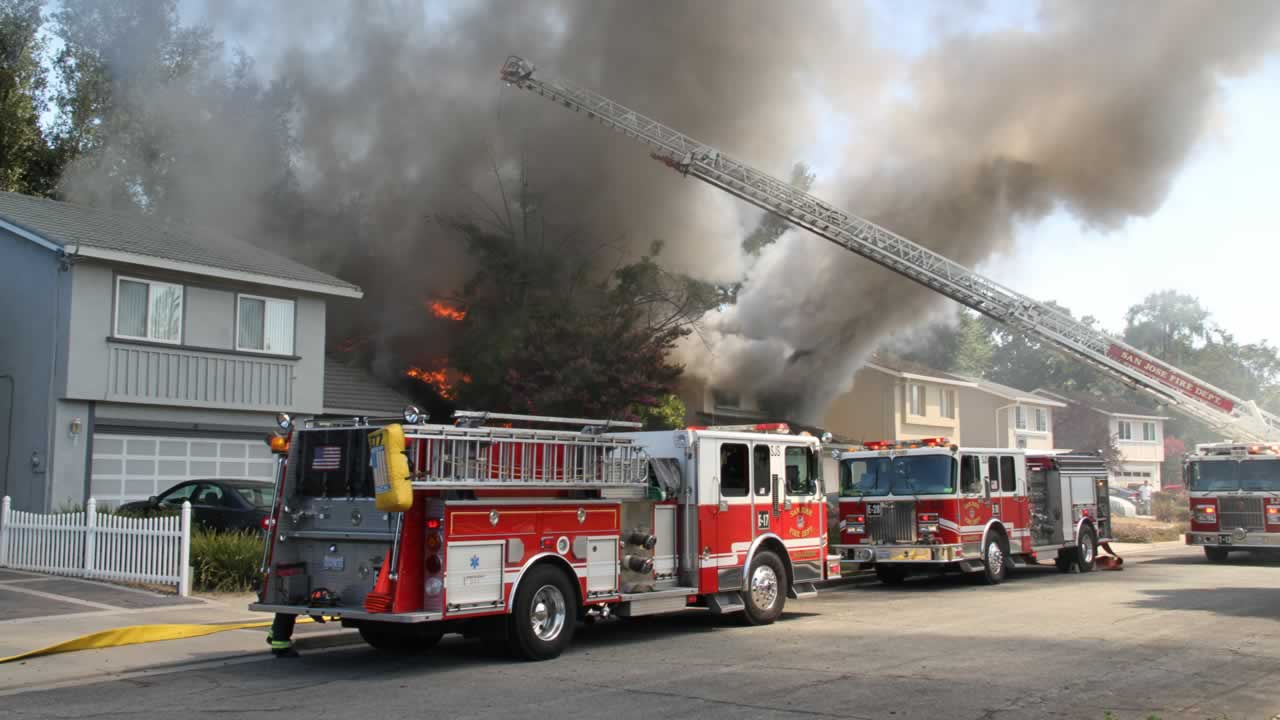 PHOTOS: 5-alarm fire in San Jose destroys homes
Firefighters this afternoon knocked down a five-alarm fire that destroyed one home and damaged another in San Jose on Wednesday.

Firefighters were able to stop the fire from spreading to one of the homes, but the other residence caught fire and sustained damage to about 50 percent of the structure.

Barbara Stafford described her reaction when neighbors called her to rush home because her house was on fire. "It's a sick feeling in your stomach," she said.

The fire originated in the five-bedroom house next door but started to spread to neighboring homes, including her four-bedroom home. That's what San Jose firefighters anticipated might happen, but the situation got out of hand.

"It started impinging on the two houses on the left and the right. We were able to shut it down to gain control of the house on the right-hand side, but it got into the eaves and attic of the home on the left-hand side, so that home is partially damaged," Doss said.

The incident was declared a five-alarm fire, which brought in units from the immediate area and from nearby agencies.

"All of us are safe, so that's the most important thing. And after that, you've just got to realize it's just stuff," Stafford said.

Most of the homes in the upscale Thousand Oaks area have composite or tile roofs. The house where the fire originated had a shake roof.

Monica and Gary Cayton's home was next in line if the fire spread, but it appears the house only suffered some smoke damage.

Residents will have to wait until Thursday to see if any valuables survived. The cause of the fire is still under investigation.
Related topics:
san josebuilding firesanta clara countyfire
Copyright 2020 by Bay City News, Inc. Republication, re-transmission or reuse without the express written consent of Bay City News, Inc. Is prohibited.
More Videos
From CNN Newsource affiliates
TOP STORIES