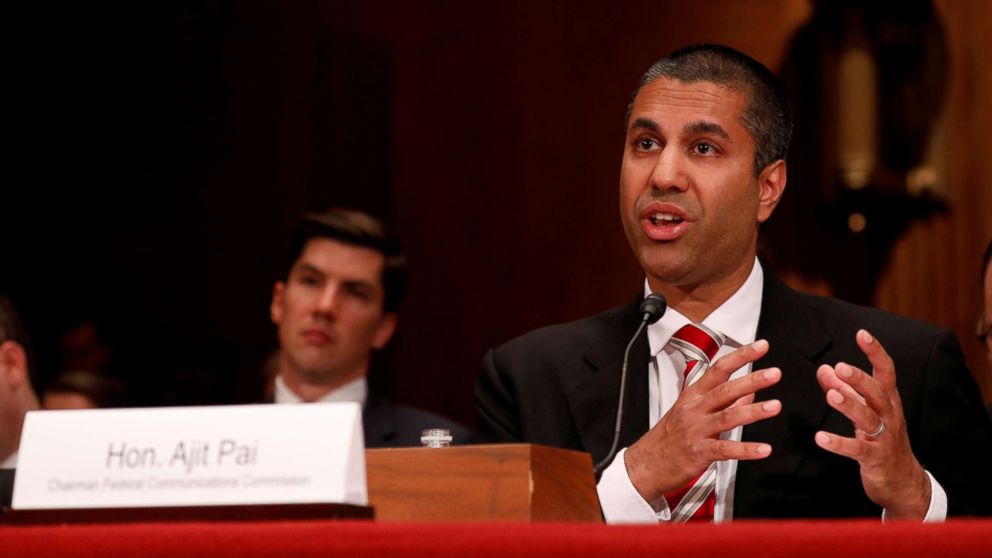 The action is expected to put more power in the hands of the internet service providers, allowing companies like Verizon, AT&T and Comcast to block or slow certain websites, giving priority to those who pay for it.

Under the proposed rule, the providers would have to disclose whether they engage in certain types of conduct, such as blocking and prioritization, and explicitly say what is throttled and what is blocked. This information would have to be on an easily accessible website hosted by the company or the FCC.

Critics say the proposal puts too much power in the hands of just a few massive corporations and small businesses will suffer from the prioritization. Sen. Chuck Schumer, D-N.Y., went as far as to call it "a disaster."

On a call with reporters Tuesday afternoon, a senior FCC official said the ban on prioritization of websites led to higher prices for households purchasing high-speed internet.

The additional revenue point for internet service providers would allow the companies such as Verizon, AT&T and Comcast to lower their prices, the official suggested.

A different FCC official, not on the call, opposed today's announcement. He said regardless of the impact on internet provider prices, costs for services like Netflix, Hulu or Amazon could rise because those companies would have to pay the fees for prioritization.

INCOMPAS, a trade group with members including Netflix, Amazon, Twitter and Microsoft, came out against the proposal.

"Since the 2015 Open Internet Order, we have seen an unprecedented increase in streaming services that save consumer's money," INCOMPAS said in a letter to the FCC after calling the action "a violation of bipartisan principles that have governed a free and open internet for decades."

The draft order is expected to be released on Wednesday, 22 days before the scheduled vote on Dec. 14. The senior official said the commission is showing more transparency than the Democratic-majority version of two years that passed the original net-neutrality rules. That 2015 order was not released to the public until after the commission voted on it.

The vote next month is expected to pass on a 3-2 vote, along party lines, but at least one FCC Commissioner has pledged to fight to it.

Jessica Rosenworcel, who first joined the FCC as an Obama appointee and was nominated again by Trump, called the proposal is "ridiculous and offensive."

USTelecom, a trade association representing much of the telecommunications industry such as AT&T and Verizon, came out in support of the action.