KGO
By by Dion Lim
NAPA, Calif. (KGO) -- A hit-and-run crash that ended with four family members dead and six others wounded claimed the lives of a father and son from Napa who were described by community members as an "All-American Family" taken from this Earth too soon.

Cam Neal, athletic director and teacher at Vintage High School in Napa, recalls the joy Daryl Horn and his son Joe brought to all around him.

"I wish people have a chance to know Daryl and see what Joe was gonna do," Neal said. "He was a real special kid."

A family is in mourning after four of its members were killed in a hit-and-run crash on I-80 in San Pablo on Saturday night.

This is the sentiment echoed by so many in Napa who knew the 14-year-old and his father. The news of their passing was almost too much to bear.

Just days after Thanksgiving, Daryl was on a family trip with Joe, his older son Jared, and two relatives from Washington State, 52-year-old Troy Biddle and his 12-year-old son Baden.

While driving down I-80 in San Pablo, they were hit by Fred Lowe, who police say was drunk. Officials add that his license had already been suspended from a prior drunk driving offense. The family's car crossed the median and flipped. Everyone inside, except Jared who was driving, was killed.

Shannon De Valois used to date Jared and through a veil of tears described the sadness she felt for what happened, "My thoughts are with his family, everyone in town is really devastated."

RELATED: Hit-and-run suspect arrested after 4 killed, 6 injured on I-80 in San Pablo

The devastation was felt, perhaps deepest in the sports community at Vintage High School where Daryl was a beloved coach. Neal tells ABC7 Daryl had a special connection with all his students.

"He had a nickname for every kid he coached," said Neal. "It stuck with them for years."

A community's hearts are with the surviving Horn family members - mom Denise, big sister Greta and Jared, a star baseball player at Cal.

The family released a statement Monday night on behalf of the Horn and Biddle families, saying, "These man were dedicated to youth sports and mentoring children. Through the years they have had tremendous impact on the lives of young boys and girls that their communities will benefit from for generations."
Report a correction or typo
Related topics:
napasan pablocar crashtraffic fatalitieshit and runchphit and run accidentcrash
Copyright © 2020 KGO-TV. All Rights Reserved.
RELATED 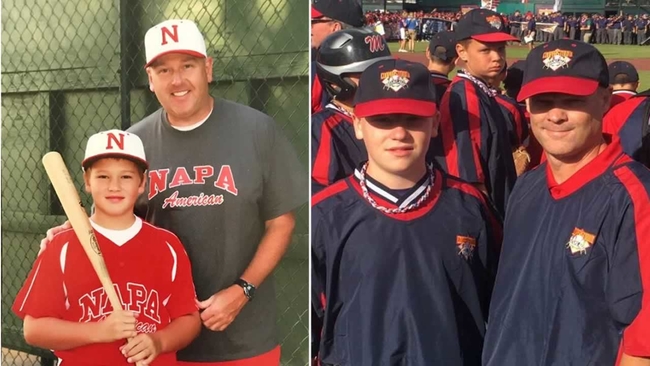