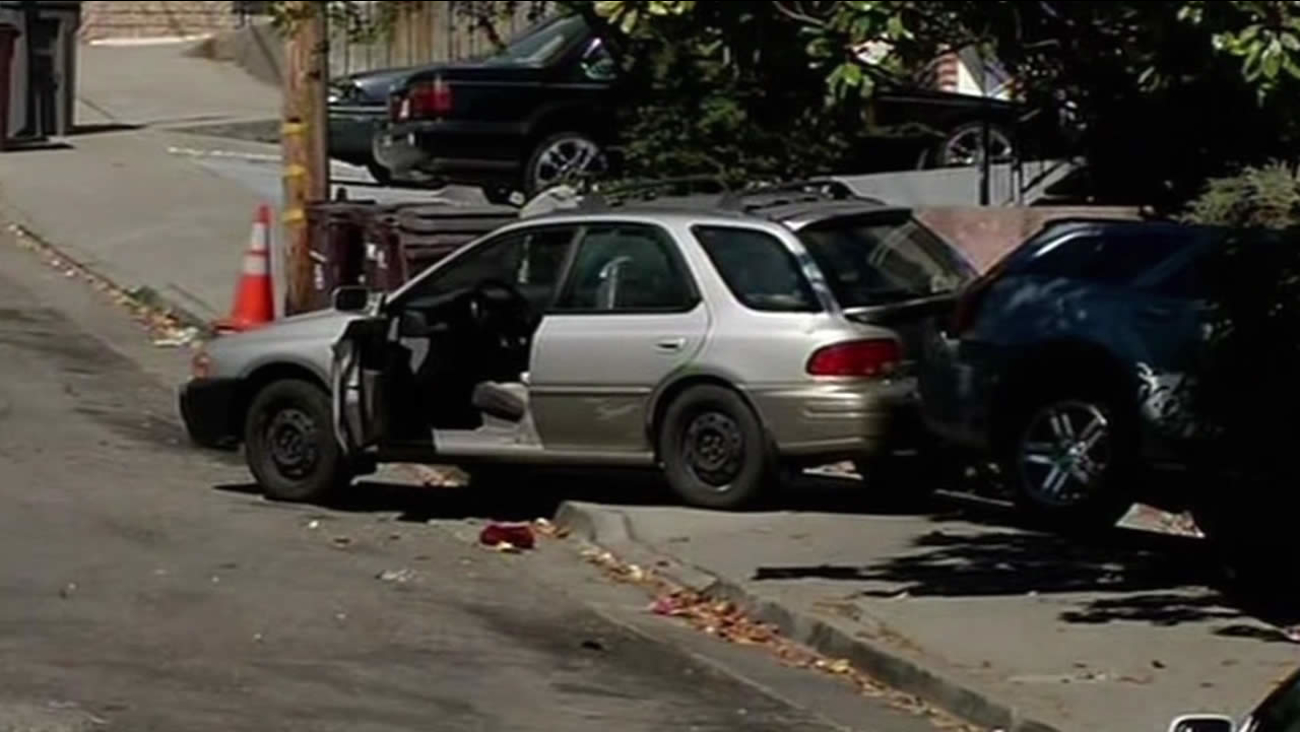 KGO
OAKLAND, Calif. (KGO) -- It turns out an East Bay woman was killed last year, trying to take a bite out of crime in her Oakland neighborhood. Judy Salamon, 66, was a neighborhood dog walker. She was murdered at her home in Oakland, last July, apparently while trying to catch a pair of burglars on camera.

On Thursday, police announced the arrest of two men 22-year-old Stephon Lee of Richmond and 23-year-old Mario Floyd of Oakland.

"It's really horrible to think if she had just called 911, none of this would've happened," said Jan Heatherington knew. She knew Salamon through their mutual efforts to increase security in their neighborhood. "I think many of us nowadays, we see something, we get our phones out, we want to take a photo straight away. You've got to be careful. And if she was actually following somebody and was seen? Oh."

Police now say it was Salamon's effort to record two men committing a crime with her cellphone and then following them that led to her shooting death.

"If you witness a crime, please call 911. We believe that Ms. Salamon had witnessed some crime being committed by these two individuals, at which time she began to record their activities," said Oakland Police Sgt. Mike Gantt from Oakland's Homicide Division.

Police announced the arrests of Lee and Floyd in Salamon's murder.

The 66-year-old Salamon, known as "The Pet Nanny" in her Maxwell Park neighborhood was shot to death in her car on Fern Street last July. At the time, it looked like a robbery gone bad. Police say Lee was the shooter and has been in custody for some time.

Those who live in Salamon's neighborhood say they're relieved the suspects in her murder have been arrested.

"It's shocking when something like that happens so close to home. The fact that it's been left open-ended for a while is a little unnerving so it's nice to have closure," said Bob Hodgson, a neighbor.